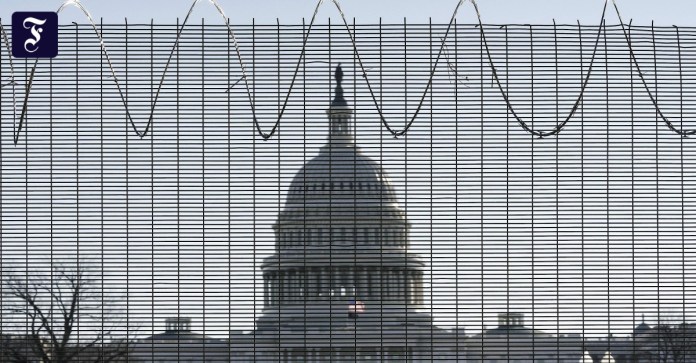 Dhe ghost is back. In Europe and the United States, many had settled in the idea that inflation would be tamed forever. In the United States, inflation has been falling below the Federal Reserve’s target of 2 percent for almost a decade. The Fed Reserve’s preferred indicator, PCE, rose 1.5 percent in 2020. In the EU, the rate of price increases was even lower.

But the idea of ​​inflation curbed over the long term is faltering, especially in the United States, where there are rapid price jumps in many corners of the economy. Real estate, freight and raw materials rose sharply. Inflation expectations are now clearly pointing upwards: The January survey by the New York Fed showed a stable 3 percent. But that was roughly half a percentage point higher than most of 2020. And on the financial markets, the yields on ten-year government bonds are rising to new record highs, a warning signal that market participants are expecting higher inflation.

Governments on both sides of the Atlantic are planning programs to compensate for the crisis losses. In America, concerned voices have argued that the Biden government’s recent plans for good are too much and could spark inflation. Biden wants to pump $ 1.9 trillion into the economy after two previous programs loosened $ 3 trillion and the Fed buys $ 80 billion in bonds a month.

The troubled warners are led by Olivier Blanchard, longtime chief economist of the International Monetary Fund, and Harvard economist Larry Summers. Blanchard calculates as follows: The Americans saved an additional $ 1.5 trillion of the economic stimulus programs of the previous year due to a lack of consumption opportunities, which add up to the new $ 1.9 trillion package. However, he puts the output gap, the underutilization of overall economic capacity forced by the crisis, at a maximum of $ 900 billion.

Even if all of this money doesn’t go into the economy this year, there are many indications that the economy is overheating. But that doesn’t automatically mean inflation, says Blanchard. Presidents John F. Kennedy and Lyndon B. Johnson had also let the economy run hot without causing inflation. After six years, however, in 1967, inflation jumped upwards. In 1969 it was already 6 percent. The explanation was that inflation expectations had slipped. The decisive question in the current situation is how firmly inflation expectations are anchored.

Little rush in the ski areas