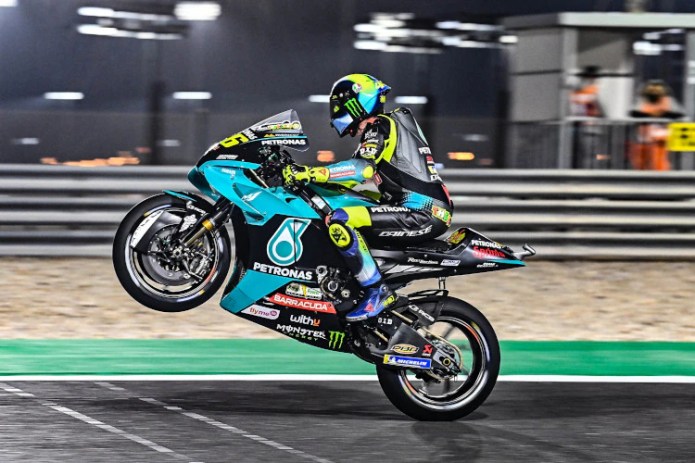 Valentino Rossi (42) is happy with his Friday at the MotoGP opener in Qatar in 2021. The choice of tires, Ducati and Alex Rins are worrying the Petronas Yamaha star.

Valentino Rossi could live well with 9th place in Doha on Friday, because experience shows that the lap times in the cooler evening session are faster than in FP3 on Saturday. The direct Q2 move seems to be done.

«I am happy with the way it went today. I started well in FP1. The big goal today was to be in the top 10. Because tomorrow it will be difficult to improve the lap time in high temperatures ”, knows the“ Dottore ”, who is starting his 26th World Championship season – the first on the Petronas Yamaha. “I feel good with the bike, I’m doing pretty well and have already improved the lap time from the test. It’s good. In my opinion, I’ve improved my driving style; we worked a lot on entering corners and changing direction during the test. We did a good job and I feel physically in shape too. I’m definitely in better shape than last year because I was able to train better. We also have a good atmosphere in the team and we work well in the pits. A good start.”

«I’m less than half a second short of the fastest time, but I’m in 9th place: that’s MotoGP. It’s good for today, we hope for a little more tomorrow, ”smiled“ Vale ”. «Now we have to keep working and improve a little for tomorrow. The choice of tires will not be easy either. But we’ve already achieved our goal for today, ”emphasized the 42-year-old on Friday evening in Doha.

Where is Rossi still hoping for an improvement? “I like the balance of the bike, but we still have to improve a few small details, including the electronics. From my point of view, however, the choice of tires will be decisive: It will be very hot on Friday and Saturday, which changes the plan for everyone a bit because the asphalt temperature is higher. But it may not be the case on Sunday. I therefore believe that the choice of tires will be the most important thing – and certainly the time attack in qualifying to start from the top positions. “

In contrast to the test, on the race weekend the Moto2 drivers are on the track in front of the MotoGP aces. The Yamaha has suffered from Dunlop abrasion time and again in the past, does the new M1 feel better in that regard? “It may be because the bike is easier to ride, which makes everything easier. The truth is, nobody knows what will happen on Sunday afternoon, especially after five or six rounds. Nobody knows which motorcycle will hold the best pace over the race distance. That’s the good thing about MotoGP, ”said Vale. «We have to work and try to understand. But I can only answer the question on the Sunday after the race. “

In the role of favorites, the nine-time world champion Ducati: “I saw Miller and Bagnaia today. They are very fast, the bike accelerates very well. And I think Bagnaia and Miller are in very good shape. At the moment they are the stronger team. “

But Rossi also has the Suzuki pilots on his toes: “Rins worries me, today he managed a great time, because normally he has more trouble in the training sessions. In addition, the Suzuki are strong in the second half of the race because they put less stress on the tires. So they will be tough opponents on Sunday, especially Alex. But I don’t exclude myself either, because he is the world champion and just missed the top 10 by a touch. “

Teachers warn of coronavirus mutation B117 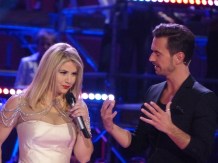