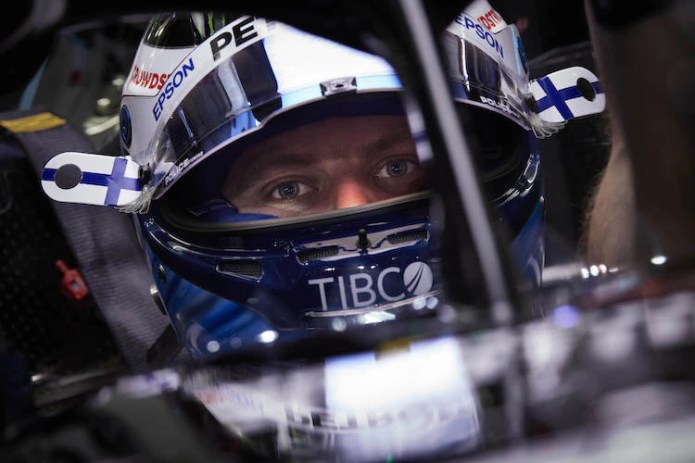 Mercedes driver Valtteri Bottas was not satisfied after Friday’s practice session at the Bahrain International Circuit. The Finn confirmed what he had already complained about on the radio: his W12 was temporarily inaccessible.

Chasing times was not a priority for Valtteri Bottas in the first two hours of training of the new season. Rather, the Mercedes driver struggled with the vehicle balance of his W12, which was better than during the winter test drives, but not yet entirely satisfactory, as he put it soberly as usual after his work was done.

“All in all, it was a smooth day without any major problems,” explained the Finn, but also immediately emphasized: “First and foremost for me is that we still have a lot to do if we want to fight for pole this weekend. » And he described: “One of the most important points we wanted to work on after the test drives was the inconsistent balance, especially at the rear.”

“In terms of the set-up, it has gotten better, the car feels better, but it’s not quite where we’d like it to be. But we still have time to work on it and solve it, ”Bottas consoled himself. The World Cup runner-up of the previous year nevertheless confirmed his harsh judgment, which he gave after a long run on the radio. “At times the car felt impassable,” he explained, referring to his last endurance run.

And what does Bottas say about the competition? «We are definitely involved. McLaren looked very strong today, as did Red Bull, where we expected it to be. I think we’ll be there too. We’re not the fastest at the moment, but we’re not far behind. Let’s wait and see how it goes in qualifying. “

Unix derivative GhostBSD: Version 21.01.15 is leaner and has new graphics...

The facial tissue market is booming worldwide with Kimberly-Clark, Procter &...

Mudrunner currently free, what will happen next week? [Update]

Lockdown until March 7th – Merkel warns: “We will live with...

Corona: What we know about the symptoms and course of Covid-19...