Commission proposal for EU directive on wage transparency has potential

Vienna / Brussels (OTS) – The European Commission presented today (Thursday, March 4th) a proposal for a directive on wage transparency. The aim of the proposal is to create equal pay between the sexes. The proposed directive obliges employers with more than 250 employees to anonymously disclose the annual earnings of their employees, broken down by gender. Applicants should be able to get an insight into the salary statistics before starting a job and count on legal assistance in order to fight for the same pay for the same work. Employees should also be able to claim compensation payments retrospectively in the event of unequal treatment. The Greens / EFA have long been calling for European measures to combat the gender pay gap. EU Commission President Ursula von der Leyen had announced the proposal for the first 100 days of her term of office.

Monika Vana, head of the Austrian delegation to the European Parliament and deputy member of the Committee on Women’s Rights and Gender Equality, comments: “The Commission proposal is an important step in combating gender pay inequality in Europe. The task now is to plug the loopholes in the Commission’s proposal and to enforce wage transparency across Europe regardless of the size of the company. We Greens in the European Parliament want to use the EU directive to improve the negotiating position of employees in salary negotiations and to close the gender pay gap. The EU Commission submitted its proposal one year late. Now we need more binding force and emphasis in European equality policy so that the directive on wage transparency can be improved and come into force quickly. “

Carl Philip of Sweden – How the Prince avails himself of... 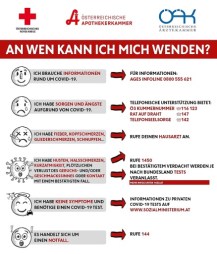