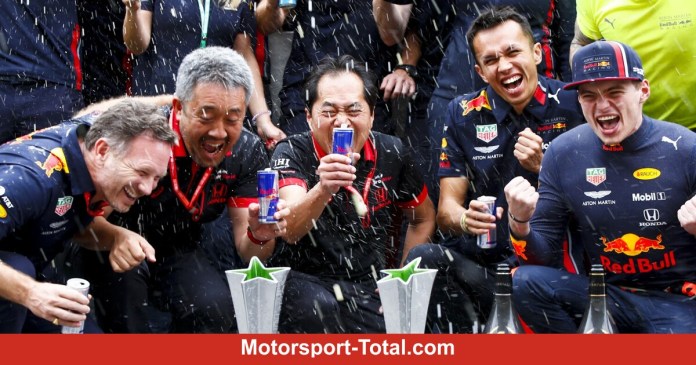 ADVERTISEMENT: If you are now interested in a Sky subscription, you can find out more here. Or you can get a Sky ticket with which you can watch the program almost immediately via stream, for example on your smartphone or computer.

We have arrived at the world championship team. Hamilton explains that you are as well prepared as you can get with just three days of testing. He goes “positive” into the weekend. Bottas sees it similarly. They tried to get the most out of the test. After a difficult first day, days two and three were “productive”. Everyone in the team would have worked hard. You have to wait for everything else.

Perez: Positive competition in the team

The two Red Bull drivers do not believe that there will be internal tensions this year. Perez explains that he wants to beat Verstappen – and vice versa. But that is not a problem and even positive, because this competition pushes the whole team forward. He does not expect any difficulties in the garage.

Why doesn’t anyone want to be a favorite?

This question is also played out in the PK in Verstappen. According to Red Bull, Mercedes is still the favorite, and they claim that they are not as fast as the cops. What is this posture? “Because it just doesn’t matter,” Verstappen shrugs. It’s about delivering on the route. Everything else is a distraction.

The Dutchman explains that Red Bull is better prepared than last year. They were very satisfied with the test. He positively emphasizes that the new car is very stable. Even different conditions would not have thrown the RB16B off track. But he doesn’t want to predict whether that’s enough to challenge Mercedes this year. I’ll see that.

Vettel’s car has a name!

The four-time world champion regularly gives his cars a (female) name. He did that again in 2021. His new Aston Martin is called “Honey Ryder” this year. A tribute to the Bond girl from the first James Bond film from 1962.

Photo gallery: From “Abbey” to “Suzy”: This is how Sebastian Vettel baptizes his cars

The Australian does not believe that there will be any major shifts in the Formula 1 field in 2021. The cars are just an evolution of their predecessors. So everyone has a rough idea of ​​where they stand. With a grin, he adds that things will look very different in 2022. The new regulations could then shake up the field quite a bit. That is unlikely to happen in 2021.

We have already reached the three best teams of the previous year in the PK. It continues with McLaren. Ricciardo explains that he has got used to the team well and that he is “ready” for the season. Team-mate Norris adds that he is even more confident than before the 2020 season. That is quite normal because you have more experience every year. In addition, McLaren always looked strong in Bahrain.

Vettel: Stroll is not his main opponent

The four-time world champion is asked whether he has a disadvantage internally in the first races because he does not yet know the car and the team as well as his team-mate. He makes it clear that it doesn’t matter to him. He doesn’t primarily drive against Stroll but against the entire field. Above all, he wants to work well with his teammate.

The German jokes when asked about his goal for the season for 2021. “Win all races!” He grins. But you have to be realistic, he adds seriously. Mercedes and Red Bull are the favorites, and it will be very close behind them. And Aston Martin will probably also be in this group this year.

Vettel “pretty relaxed” before the start

The German feels “not so badly” prepared – although he could not drive as much as hoped in the test. But he makes it clear that probably no team drove as much as one would have wished. It is important that he quickly felt comfortable in the car. There are still things that he has to get used to. But that will come by itself in time. That’s why he is “pretty relaxed”.

Alonso: Age is not a problem

The Spaniard will be 40 this year, but he doesn’t see that as a problem. He reminds that Lewis Hamilton is already 36. And he has dominated the sport for many years. It is not that he is “20 years older” than the world champion. That is why his age is not an issue at all. Teammate Ocon also jokes: “He looks like 20!”

Alonso not yet at 100 percent

The Spaniard is returning to Formula 1 this year after a two-season break. After just one and a half days of testing in the car before the start of the season, he made it clear: “It always takes time [sich wieder einzugewöhnen]. I’m not yet at 100 percent. “That is the case with many drivers. He also predicts that it will take around five races before he will feel completely comfortable in the car.

Horner: A title with Verstappen would be our greatest achievement

Horner is well aware that Red Bull will have to surpass themselves this year “to beat them regularly.” This is the only way that Verstappen could have a chance for the title in the end. “Max is in great shape,” he clarifies, and explains: “It’s up to us to build a competitive car.”

Another exciting statement from the Spaniard that also fits this topic. He reveals that he is amazed that the various Formula 1 cars drive almost identical lap times, even though they behave completely differently. Every car has to be driven completely differently. Nevertheless, the times are very similar in the end. However, he does not reveal how exactly the cars differed.

Sainz: How long does it take?

Sergio Perez recently stated that it would take him about five races to get used to the Red Bull. Sainz has already driven for various teams in Formula 1 and explains that one cannot say that across the board. Sometimes he got used to a new team and car more quickly, sometimes it took longer. It is clear, however, that you cannot be 100 percent right from the start.

Sainz: Would have liked to have had more test days

Almost all pilots say that. The Spaniard explains that he would have liked to have had more testing days before his first race for Ferrari. Nevertheless, he feels “ready”. Meanwhile, team-mate Leclerc explains that the new car has a better balance than its predecessor. It behaves better from the entrance to the corner. Progress has also been made with the engine. But is that enough …?

Donald Trump loses 700 million: the presidency made him poorer

Faded out, cut out, muted – that’s how DSDS ran without...

Olivia Jones is temporarily out of “Schlag den Star”