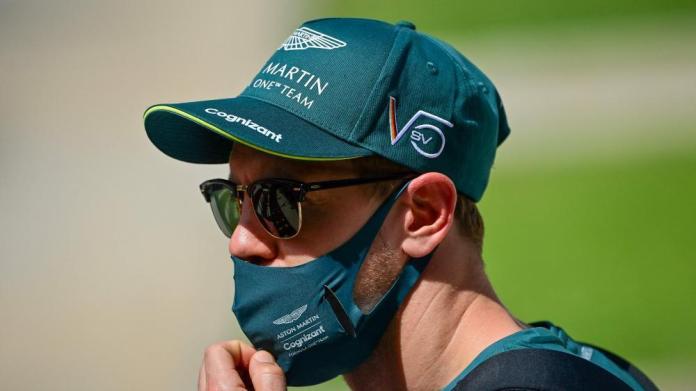 Mick Schumacher and Sebastian Vettel in the desert of Sakhir had no ear at all for the hymns in honor of the triumphant winner in the rousing opening race.

One was just happy to finally be there under the decorated and illuminated palm trees in the paddock of the Bahrain International Circuit with beaming eyes despite the lame car. The other had to explain again and again why things started like the red ones in a loop after the last two years of frustration at Ferrari – just in green.

“I don’t feel at home in the car yet.”
Sebastian Vettel

“I don’t feel at home in the car yet. A lot of things work against me and I can’t really concentrate on driving, ”said Vettel – a case for Q? Vettel’s career restart in the car with the nickname of the legendary Bond girl Honey Ryder became what it shouldn’t and shouldn’t be: a failure. Penalties, a rear-end collision, risk tactics without success.

Vettel (front) finished 15th in Bahrain. Teammate Lance Stroll was 10th © APA / afp / GIUSEPPE CACACE
Whether a tinkerer like from the James Bond films can help – it’s questionable. Above all, Vettel himself has to get out of the error cycle. “It’s my job to drive the car and drive well, which I didn’t do today,” said Vettel on Sunday evening. The guilt of the rear-end collision with Esteban Ocon, for which he had received a ten-second penalty, he only wanted to take on partially. “It wasn’t the weekend we wanted,” admitted Vettel. Or what The Gazzetta dello Sport from Vettel’s former driving home sickled: “Vettel – a nightmare beginning.”

His former team boss Mattia Binotto, with whom Vettel is known not to have the best relationship, stepped up again after the opening weekend against Vettel: “We can finally rely on both drivers,” said the Ferrari team boss. That can be seen as a clear tip in the direction of the German. At Vettel, as is well known, nothing came together in the last Ferrari year. Scuderia got off to a good start in Bahrain with places 6 (Charles Leclerc) and 8 (Carlos Sainz). But nothing more. The fact that, despite the record calendar of 23 races, only the Emilia Romagna Grand Prix is ​​due in Imola throughout April gives Vettel and Aston Martin time to improve the car. Just one attempt in four weeks to catapult yourself out of the starting low is not enough, because the Bahrain race also showed one thing: the competition is really strong. Behind Mercedes with superstar and Sakhir winner Lewis Hamilton and Red Bull with the narrowly beaten top challenger Max Verstappen, McLaren, but also Vettel’s ex-team Ferrari and Alpha Tauri are fighting for the top ten places.

An apprenticeship year for Mick Schumacher

Mick Schumacher was and is aware that these regions would be a long way off for him in his apprenticeship year. His first race in the motorsport premier class also provided proof that his company car is actually not competitive. “The son of the seven-time world champion Michael Schumacher could not have it easy on the rather weak Haas”, judged the British tabloid The Sun. 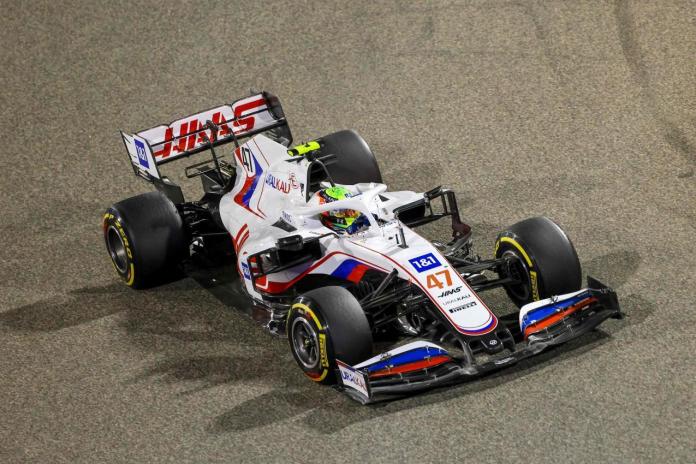 Mick Schumacher will probably not often be able to compete for the points with hatred. © APA / afp / GIUSEPPE CACACE

“He learned a lot,” said the South Tyrolean Haas team boss Günther Steiner and was full of praise for the 22-year-old, who was one of the most sought-after actors in the interview garden in the paddock. The spin after the safety car phase worried Mick Schumacher, otherwise there was initially relief that he had successfully made his racing debut after father Michael had only come a few hundred meters in his debut race 30 years ago due to a clutch defect.But it also became clear that Mick Schumacher has a lonely year ahead of him on the tracks all over the world: Haas is too far to the rivals in front of him, nothing comes after Haas, and teammate Nikita Masepin proved himself in this Don’t debut as a rival on an equal footing. There is no yardstick.

Defense under Sforza a flop – that’s why FCB is not...

DFB team in upheaval: boys instead of favorites Tobias Moretti as Beethoven on TV: The dark side of a...