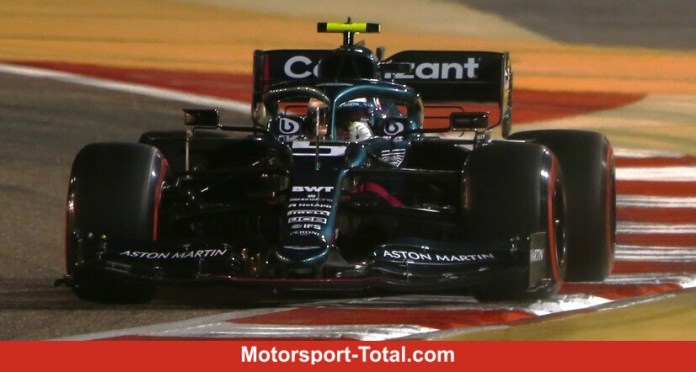 Perez: Can you catch up?

The Mexican explains that days like today are particularly important for the World Cup. He must try to take as many points as possible after the messed up qualifying. What gives him hope: The result did not fit yesterday, but he made a “big step” in understanding the car better. Let’s see what is still there from P11.

The world champion talks about the wind, which could become an issue today. It is “like in a wind tunnel,” he reports. In other words, it’s pretty blowing. It won’t be easy for the Mercedes W12, which is apparently quite sensitive. But the conditions are of course the same for everyone, and Hamilton says he is looking forward to the fight against Red Bull. “It will be a tough fight,” he predicts.

“I am optimistic that we can still win the race,” said the Finn. Background: You have two cars in front, Red Bull (as so often in the past) only one. Perez only starts from P11. “That is without question an advantage”, Bottas is certain. Strategically, this could open up opportunities to put Verstappen under pressure.

Only two hours until the first start of the Formula 1 season in 2021! We are slowly shifting our focus to racing. In a few minutes we expect the first previews of the pilots directly from the track. There are of course here with us in the ticker!

Slower than the tests

Exciting: The majority of the teams were slower in qualifying yesterday than in the test drives a week earlier. How can that be? On the one hand, this can be due to different track conditions. The piste was probably not in quite as good condition yesterday as it was in the tests.

In addition, the softest C5 tire compound, which is not used at all at the Grand Prix, was allowed to be used during the test drives. Here the C4 is the softest tire. Of course, that also costs several tenths. Here is the overview:

One person’s joy is another’s sorrow. Vettel moves back from P18 to P20 because of the penalty, so logically the two Haas drivers each move up one place. Mick Schumacher will then tackle his Formula 1 debut from P18.

“Car 9 spun at Turn 1 in the last moments of Q1 bringing out a double yellow flag in the marshalling sector. Bottas, Vettel, Perez and Russell approached the scene and drove past Mazepin. Bottas, was immediately instructed by his team to abort his lap in accordance with the Race Director’s Event Notes (Point 7.1). Perez and Russell had received the chequered flag, and were instructed to slow, with Russell receiving the additional information that it had been a double yellow sector.”

This is the starting grid for the Bahrain GP

This is the starting grid for the Bahrain GP in 2021 (video length: 55 seconds).

Here is also an overview of who has which tires available before the race. As a reminder: Verstappen, Hamilton, Bottas and Gasly start later on Medium, the rest of the top 10 on Soft. From P11 there is a free choice of tires.

This year, too, Pirelli gives a forecast for the strategy before each race. According to the Italians, it comes down to a race with two stops afterwards. In theory, medium-hard-medium should be the fastest option. Soft-Hard-Medium is a little slower for drivers who start on soft tires. Soft-medium-medium is also possible, but a little slower.

Post employee finds notes with a strange request in the mailbox

Cochran-Siegle can’t be beaten after a perfect trip – five Swiss...

Snow on Christmas Eve: What are the chances of a White...

Cars are going up in flames again across Berlin – BZ...

These 11 acts fight for victory in the finals!