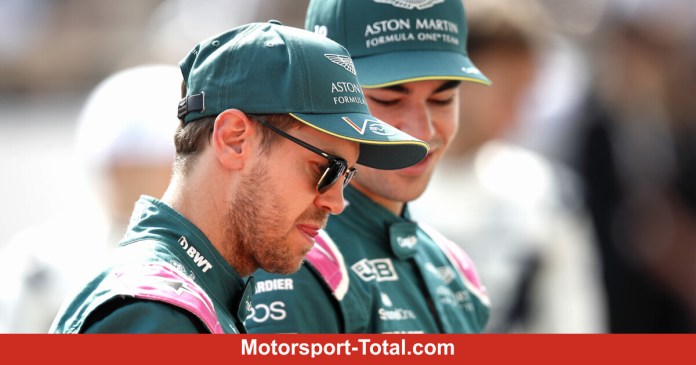 (Motorsport-Total.com) – Was the signing of Sebastian Vettel just a marketing move by Lawrence Stroll? Ex-pilot David Coulthard could well imagine that. Sebastian Vettel had an extremely unsatisfactory season at Ferrari in 2020, but was still signed by Aston Martin for 2021. In return, they even parted ways with Sergio Perez, who has proven his sporting worth and has also brought Mexican sponsorship money with him.

Should Lance Stroll just look better next to Sebastian Vettel?

For Coulthard, the German’s commitment is therefore possibly just an image campaign: “I wonder if a brand shouldn’t be built. Not necessarily Aston Martin, but Lance Stroll,” says the former Formula 1 driver in the podcast ‘On the Marbles ‘.

Because if the son of team owner Lawrence Stroll should regularly beat a four-time world champion, that would increase his market value immensely. So far, Stroll has been considered a paydriver who is only in Formula 1 because of his father’s money, even if he has already had some sporting successes.

“Don’t see how to find his mojo again”

The Scot also has doubts whether Vettel will find his way back on track after his sporting descent in recent years. Although he brings his team with experience and knows how to get the car safely to the finish line, “I don’t see how he should find his Mojo again,” says Coulthard.

His ex-team-mate Mark Webber also has concerns about Vettel’s competitiveness: “How many bullets does he have left in his cartridge? I don’t know,” says the Australian. He is sure that Vettel will feel more comfortable at Aston Martin than in Maranello. “But that doesn’t automatically translate into performance.”

Webber: “Sebastian is not a midfield type”

He no longer recognizes the same Vettel who dominated him in common Red Bull days. And he wonders if he wants to be in midfield towards the end of his career. “No matter what color the car is and such, but midfield is still midfield. And he’s not a type for midfield,” said Webber.

“The team is on a journey. He understands that. But how will that affect his motivation and momentum?” He asks himself. “I do worry a little about how the season is going for him.”

Photo gallery: From “Abbey” to “Suzy”: This is how Sebastian Vettel baptizes his cars

The start in Bahrain was not very glamorous. Although the circumstances with the yellow flag in qualifying and the one-stop strategy in the race did not help him, he made an avoidable mistake with the accident with Esteban Ocon. Lance Stroll definitely got off to a better start to the season.

It would be a disaster for Coulthard if Vettel regularly lost to Stroll in 2021. “If Stroll does what Charles does to Seb [Leclerc] with Seb, then I don’t see how he can finish the season. “

Edeka surprises customers with a “warning” about corona vaccine

One death and 47 new infections Vaccinations start on Sunday in Stuttgart