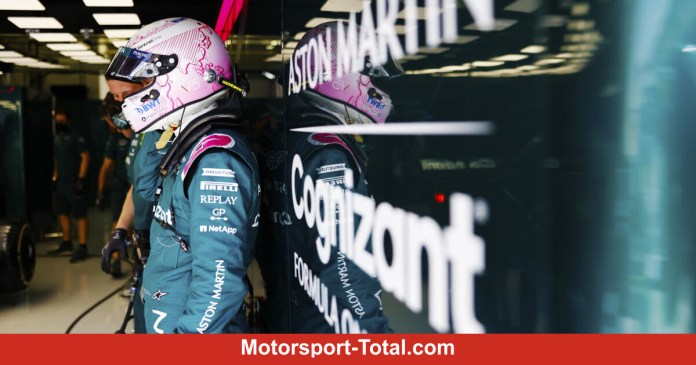 (Motorsport-Total.com) – Sebastian Vettel threatens further trouble after his 18th place on the grid in Bahrain (Formula 1 2021 live in the ticker): The Aston Martin driver has to go to the stewards on the Sunday before the race. The reason is a possible offense under a double-waved yellow flag. The German may face a punitive transfer.

It’s about the scene with Nikita Masepin, who turned in the first corner at the end of Q1. Vettel came over the line behind him and was shown double yellow flags because of the stranded Haas.

Because of this scene and another yellow flag from Carlos Sainz (Ferrari) in Turn 8, Vettel was unable to improve his time and was eliminated. After the session there was an investigation into Vettel, Esteban Ocon (Alpine), Lance Stroll (Aston Martin) and George Russell (Williams) for ignoring the yellow flags at Turn 8, but all four were acquitted.

On Saturday evening, however, another investigation was initiated against Vettel because he is said to have disregarded the yellow flags in Turn 1.

A look at the data shows: Vettel had set a personal best in the first of 28 mini-sectors, in the two following even an absolute best and then another personal best before his time slowed down.

The German must appear at the race stewards on Sunday lunchtime at 1:30 p.m. local time (12:30 p.m. CEST). Should he be found guilty, he will probably start from the last place on the grid and collect penalty points. At least there, his account is currently still empty (overview).

Triumph for Clemens Nocker at the 2nd European Cup downhill in...

New on the FOPH quarantine list: Ireland has the highest Covid...

Election in the US state of Alabama: Amazon workers vote on...