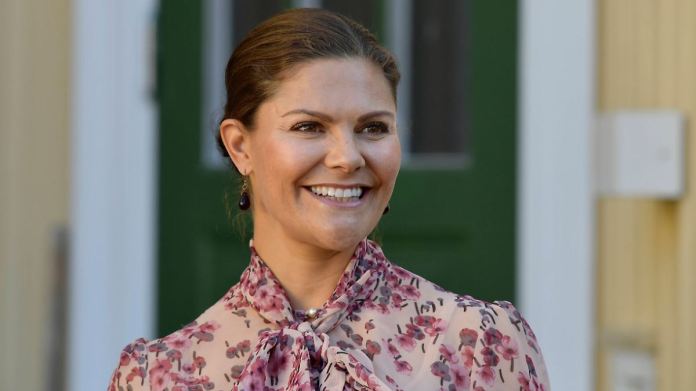 It’s been around two weeks since Crown Princess Victoria and her husband Daniel tested positive for the corona virus. Like everyone who got infected, the Swede is likely to have had a period of anxiety behind her. But now she can smile again.
Crown Princess Victoria has spoken publicly for the first time since her corona infection became known. The Swedish royal family published a video message from the 43-year-old on Instagram in which they wished the participants of the current World Figure Skating Championships in Stockholm every success.

In a high-necked, white bow tie blouse with a pastel blue blazer, her hair curled in a ponytail, Crown Princess Victoria looks quite fit. She really shines. She and her husband, Daniel from Sweden, received the positive test result on March 11th.

Court spokeswoman Margareta Thorgren had already confirmed to the Swedish TV station “SVT” on Tuesday that the royal couple had recovered. According to the recommendations of the health department, however, it continues to be “isolated at home”. “They had mild symptoms, but they didn’t get worse, they got better,” Thorgren explained.

Not the first few cases

Victoria and Daniel weren’t the first members of the Swedish royal family to struggle with Covid-19 disease. Victoria’s younger brother Carl Philip and his wife Sofia tested positive for the virus back in November.

And the virus was already rampant in other noble houses. Monaco’s Prince Albert, British Prince Charles and his son William, among others, were also infected. However, they all got through the disease without major complications.

New camp in Lesbos should be ready by winter – politics...

The Impostor is coming to Xbox Game Pass this year

Corona in MK: Death in Altena – new infections in twelve...

Vaccination in Germany: Allianz and Deutsche Telekom want to vaccinate their...