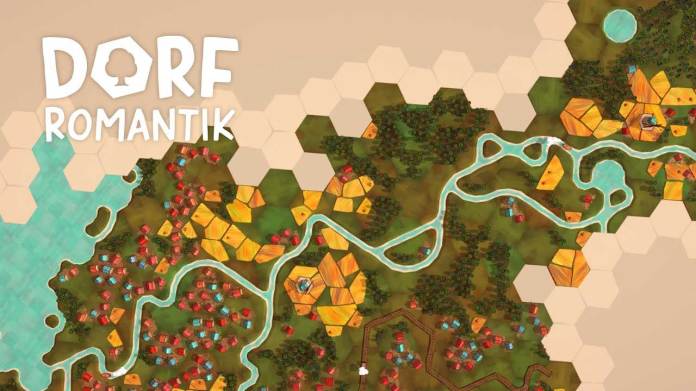 It happened again: a little game appears on Steam and all of a sudden enchants the world of computer games. And that’s not just because of its name: Dorfromantik. The game with the cute German name is being developed by a 4-person Berlin team of game designers who have come together as “Toukana Interactive”.

Dorfromantik appeared in Early Access on March 25th and has therefore only been on the market for a few days, the relaxed gameplay has been pleasing ever since. The pretty tile graphics and the relaxed Minecraft-reminiscent soundtrack probably also have their part. The game has received over 1,300 extremely positive reviews on Steam.

This is what village romance is all about

In village romance it is your task to assemble a village and the surrounding landscape from tiles. You start with a random contingent of these tiles and put them together from a bird’s eye view. Different objects and types of landscape can be seen on each tile, by rotating the tiles you can put them together to match the existing parts.

For example, if you place a tile that contains both meadow and trees next to an existing forest tile, the forest will expand. As you place your pieces, speech bubbles appear over the playing field. These symbolize tasks such as: put 7 forest tiles together, or increase your settlement by a certain number of houses. If you complete these quests, you will receive new parts for your stack. If the pile is empty, the round ends.

So you should try to always get enough parts by solving tasks in order to progress further in the game. However, this is optional, if you want, you can simply play a round in a relaxed manner. However, if you want to unlock new biomes and tiles, you should keep an eye on the speech bubbles. By the way, unlocked parts remain permanently unlocked, so you have a progress that provides variety, as you can start future round with new parts.

During the session you also collect points, which are shown in an overall high score. So if you prefer to hunt for points, you can also find your luck with the tactical placement of the pieces. Thus, village romance offers an opportunity for many different passions to get their money’s worth. Be it relaxed building, discovering and playing for new parts or collecting the highest possible high scores.

Paired with a really reasonable price of 8.99 euros, village romance is definitely a take away game that you shouldn’t miss. There is currently even a 15% discount on the release. Village romance is still in the Early Access phase. It can be assumed that the development team will add more content in view of the success to date.

In the video, the developers explain the gameplay:

You can now also buy the soundtrack, or you can opt for the Dorfromantik Bundle, which contains both the game and OST. The music of Dorfromantik is relaxed and easy-going, it looks playful and creates a pleasant atmosphere. The soundtrack was created by Laryssa Okada, who already demonstrated her skills through the Manifold Garden Soundtrack could prove.

Coronavirus in Germany: According to Merkel, sufficient vaccine only from the...

87-year-old man hit in the face by robbers – emergency operation!... 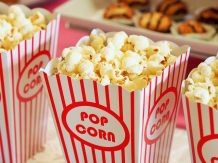