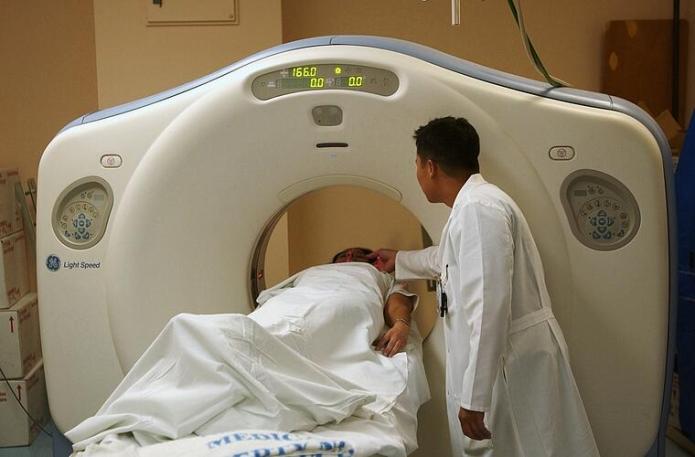 A study by the German Cancer Research Center (DKFZ) in Heidelberg has revealed astonishing new knowledge in the field of cancer research. The researchers found that adding vitamin D can have a direct impact on mortality from serious cancer. The study goes even further: The mortality rate of cancer patients should be reduced by as much as 13 percent. This could prevent the death of around 30,000 cancer deaths in Germany alone. The researchers are more than confident.

Vitamin D against cancer: it should be possible to influence the death rate

The DKFZ epidemiologist Hermann Brenner explains that the mortality rate from age-related cancers has declined consistently in recent years, but that Germany still has a significantly higher death rate than Finland, for example. According to Brenner, there is an explanation for this: In Finland, many foods have been fortified with vitamin D for several years.

In the past three years, several meta-studies have shown that a healthy diet and thus a balanced level of vitamin D can significantly reduce the cancer death rate. Accordingly, in the course of the current study, many assumptions are based on the fact that the supplementation of vitamin D has a direct effect on the severity of cancer. In the study published by the DKFZ at the beginning of February, these figures have now been converted to Germany. The result: comprehensive supplementation of vitamin D for all people over 50 could prevent up to 30,000 cancer deaths a year.
More and more people suffer from a clear vitamin D deficit. This can be expressed again and again in various ways. Well-known symptoms can be hair loss, listlessness, brittle nails or simply headaches. The uniform vitamin D deficiency is firmly recorded in Germany. People over 50 are particularly affected. Supplementing the vitamin would not only save many lives, it would also significantly reduce the cost of cancer therapies. The researchers at the DKFZ have calculated that taking vitamin D preparations – which would cost around EUR 25 per person per year – could save EUR 254 million in cancer therapy costs annually.

Conquering cancer: Vitamin D supplementation through preparations is only necessary to a limited extent

The epidemiologist Hermann Brenner believes that vitamin D supplementation makes sense, especially for people over 50. A doctor can determine whether you have a vitamin D deficiency. In general, a normal dosage, for example with vitamin D tablets from the pharmacy, is harmless. But: Not all vitamin D supplements are healthy. Read here which preparations you should better stay away from.

You can your But also top up your vitamin D level for free. The cancer information service of the German Cancer Research Center recommends staying outdoors in the sunshine at least two to three times a week. You should stay in the sun for at least twelve minutes, exposing your face, arms, hands and legs to the sun without sun protection. It is important to have your vitamin D level checked by a doctor if you suspect a deficiency.

* Note: In the editorial team, we are always on the lookout for useful products for our readers. The links provided in this article and marked with a shopping cart symbol or an asterisk are so-called affiliate links / advertising links. If you click on one of these links and buy from it, we receive a commission from the dealer. This does not change the price for you. Our editorial reporting is basically independent of the existence or the amount of a commission.

Another Swiss private bank is setting up in Zurich

Coronavirus and rapid tests: everyday life in Austria with a “nose...