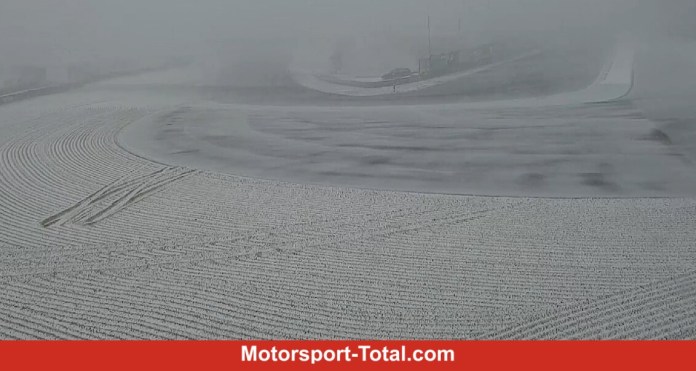 (Motorsport-Total.com) – Winter has the Eifel firmly under control: A solid, white blanket of snow made the season opener of the Nürburgring Endurance Series (NLS, formerly VLN) impossible. As announced, the Nürburgring-Nordschleife was hit by an ingress of cold air.

Winter at the Nürburgring: There is no race to be made

If it was only cold at the beginning of the qualifying session, the red flag had to be shown after a quarter of an hour when the snow began to fall. An interruption of hours followed.

As predicted, the snowfall increased from 9 a.m. The winter landscape is picturesque, but not conducive to a race. Since further snowfall is predicted for the afternoon, there was nothing left but to cancel the race.

Race director Frank Taller, who is representing Michael Bork this Saturday, says: “We didn’t make the decision easy for ourselves. We got advice from the driver’s spokesmen and held talks with the tire industry. We dealt intensively with the weather.”

“Everything indicates that the conditions are so bad that a racing event is out of the question today. We are very sorry, but that’s the Eifel.”

Christian Stephani, Managing Director of the VLN VV marketing company, speaks plainly: “I’m so sorry for everyone here, including the marshals and teams. It’s super tough for all of us. I’m on my nerves. It sucks.” Stephani’s birthday is this Saturday. He imagined his gift differently.

“The conditions around the track are so bad that it is not foreseeable that we will be doing motorsport here today. We still have snow around the track and the next low is on the way. We can’t get it under the schedule, today to be able to run one more race. “

All that remains for the teams to do is pack up and go home. The second run of the NLS is scheduled for April 17th.

Too many corona cases! Berlin school closes – until after...

You should delete this barcode scanner app quickly