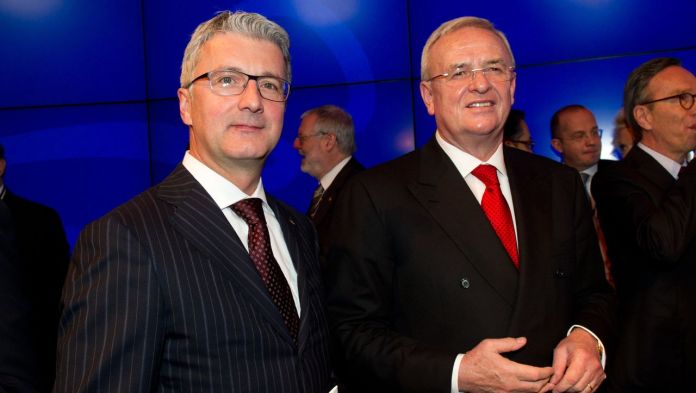 Five and a half years after the diesel affair was exposed, the VW Group is considering concrete legal steps against the former Volkswagen boss Martin Winterkorn and against ex-Audi boss Rupert Stadler. As SPIEGEL learned from the car group’s environment, the supervisory board will discuss possible claims for damages against the two ex-managers on Friday afternoon after a two-day discussion. A VW spokesman did not want to comment on this.
According to SPIEGEL information, the law firm Gleiss Lutz has completed its investigation, commissioned by the supervisory board, into the breach of duty by board members in the diesel affair. The results have been orally presented to the VW supervisory board since Wednesday. According to information from those in the know, the lawyers see evidence of breaches of duty on the part of Winterkorn and Stadler. The internationally active law firm has been advising the VW supervisory board since the start of the diesel crisis.

The outcome of the debate on Friday is still open. People with knowledge of the subject emphasize that Winterkorn and Stadler will continue to be valued in the company. However, there are indications that they did not perform their control function sufficiently. Therefore, there are now recourse claims in the room. Winterkorn and Stadler have always denied any wrongdoing.

With the conclusion of the internal investigation into the diesel affair, it is said that Volkswagen now wants to draw a line. For years, Volkswagen has been criticized by shareholder advocates for sparing former board members and not resolving the scandal with enough determination.

The procedure of the VW supervisory board is independent of the parallel criminal proceedings against the former CEOs. The trial against Winterkorn and four other suspects on suspicion of fraud has been postponed several times due to the corona pandemic; it is now set to start on September 16 at the Braunschweig Regional Court. Ex-Audi boss Stadler, who is also charged with suspected fraud, has been on trial in Munich since the end of September. Both ex-managers deny the allegations.

Even today, VW is of the opinion that the diesel fraud was not ordered by the executive board. It is therefore doubtful in the group whether Winterkorn and Stadler actually face a conviction or even imprisonment in the end. However, this does not prevent VW from taking action against its ex-bosses for possible breaches of duty. According to the German Stock Corporation Act, the supervisory board is even obliged to examine claims against its management board members in the event of damage.

The amount of possible claims for damages against Winterkorn and Stadler has not yet been determined. Depending on the severity of the failures found, they could be in the three-digit million range. Overall, the VW group suffered damage of more than 30 billion euros in the wake of the diesel scandal, mainly for repurchases of manipulated vehicles and fines in the USA.

Report: The federal and state governments want to extend lockdown Quarantine after entry: Only a few exceptions “We were all robbed”: Fox News presenter becomes clear in an...