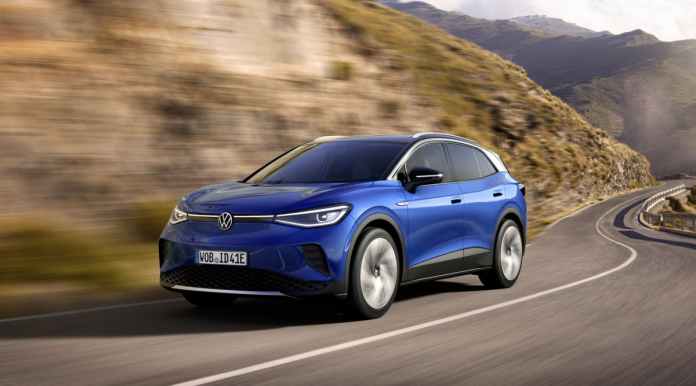 After an inadvertently published press release on Monday indicated that Volkswagen could rename itself to Voltwagen in the USA, the group has now officially confirmed the move.

CNBC and USA Today had seen a press release from the Volkswagen Group that was said to have been released on April 29, 2021. Volkswagen accidentally posted them on its media platform for press representatives on March 29, 2021, but quickly recognized them as errors and removed them again.

The content of the declaration was nothing less than revolutionary. Volkswagen is planning to rename its brand to Voltwagen. The rebranding should apply to all electrified models that are sold in the United States. Voltwagen will work with a light variant of the brand blue, Volkswagen will stick with dark blue. Otherwise, combustion engines should keep the previous Volkswagen branding.

Nothing will change for the short form VW in the form of the logo. With the name change, Volkswagen wanted to make a “public commitment by the company to a future-oriented investment in e-mobility”.

Volkswagen US boss Scott Keogh makes it clear: “We might swap our K for a T, but what we’re not changing is our brand’s claim to build first-class vehicles for drivers and people all over the world.”

The news about the imminent name change was received mixed up. It was mainly expected that it would be an April Fool’s joke at most. Initially, no comment was received from VW.

On Tuesday, Volkswagen decided to officially publish the press release. Wasn’t it possible to get the toothpaste back in the tube? This seems to confirm what has already leaked.

“The tone of Voltwagen will run like a red thread through the brand communication for our growing electric fleet and our combustion engines. Over the next few months you will see the brand change at all points of contact with the consumer. This is an exciting moment for us and we will do everything possible to make the transition clear, consistent, seamless and fun for everyone. ”

The first car with the new branding will be the world car, the VW ID 4. As before, the message should be treated with caution. The proximity to April 1st is remarkable. An elaborate April Fool’s joke is not ruled out.

Olympia Beijing 2022: Resistance in the Swiss Parliament is growing

Returners: is Germany threatening a second corona wave from the Balkans?

Corona protection for mink: vaccine under development in Finland | ...