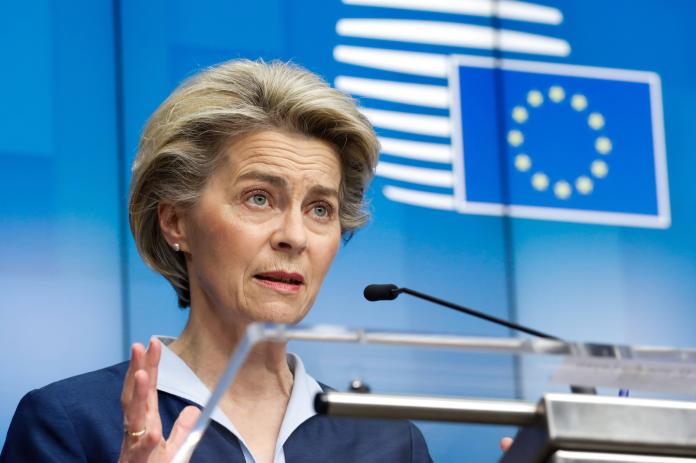 20 million cans would fall back on Germany –
5 hours ago

WIEN – EU Commission President Ursula von der Leyen expects significantly more vaccines from next month. “From April the quantities could double again according to the plans of the manufacturers, also because more vaccines are about to be approved,” she said. All current information in the live ticker.


+++ EU Commission President Ursula von der Leyen expects an EU-wide “average of around 100 million doses per month in the second quarter, a total of 300 million by the end of June”. According to the newspapers, this would mean around 20 million doses a month for Germany, which would require significantly higher vaccination capacities.
According to figures from the Robert Koch Institute on Friday, around 7.3 million vaccine doses have been administered in Germany since vaccinations began at the end of December.
+++ The immunologist Michael Meyer-Hermann recommends prioritizing people for corona vaccinations according to the amount of their contacts. Vaccinating those with many contacts first “would have a much greater impact”than proceeding according to age, the expert from the Braunschweig Helmholtz Center for Infection Research told the Berliner Daily mirror (Sunday). By vaccinating the older population first, the death rate was significantly reduced – but this is the group with the fewest contacts, so an impact on the epidemic is not to be expected.

Gradual easing: These are the new corona rules for Bavaria

The Bavarian cabinet announced the gradual easing on Thursday. You can find an overview of which loosening takes place and when in this picture gallery.

+++ The health authorities in Germany have the Robert Koch Institute (RKI) within a day 8103 new corona infections reported. In addition, 96 new deaths were recorded within 24 hours. That comes from the numbers of the RKI from Sunday. The data reflect the status of the RKI dashboard from 03.11 a.m., subsequent changes or additions to the RKI are possible.

Here is an overview: This is allowed from March 8th
+++ Health Minister Klaus Holetschek (CSU) said on Saturday that more vaccines will soon be available: “1.8 million vaccine doses have been announced for April alone.” Vbw General Manager Bertram Brossardt said that as soon as there was enough vaccine, they would be available Companies voluntarily vaccinate with their company doctors of the workforce ready.

“Passing reality”: The reactions to the new Corona resolutions

The lockdown to fight the corona pandemic will be extended to March 28th. However, there should be many opening options depending on the infection situation. Business representatives in particular criticize the inadequate prospects for trade, but the phased plan goes too far for some politicians.

Corona in Nuremberg: These are the current numbers

Always informed: Here you can subscribe to our Corona newsletter free of charge!

Soccer – Frankfurt am Main – Kehl confirms: No Haaland use...

New variant of the coronavirus – now the search for the...