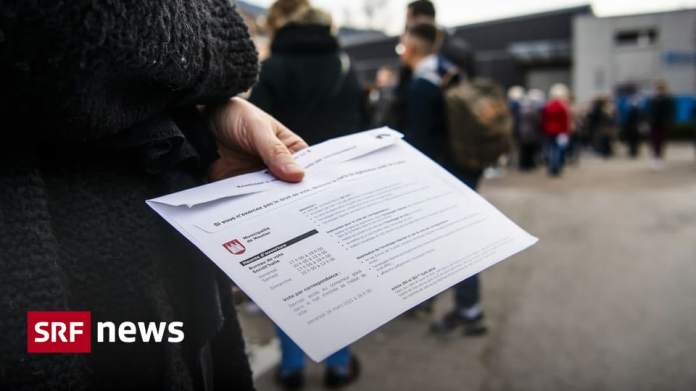 The voters of Moutier vote again on the canton affiliation. A correctly kept register of those entitled to vote is essential for trust in the vote.


The control of the electoral register for the municipal vote on Moutier’s canton affiliation will continue beyond (tomorrow’s) voting Sunday. This was announced by the Jury delegation of the Bern government.

The canton of Bern responded with a media release to a report by “Blick”, according to which the Bern government had sent the federal authorities a list of around a hundred people who are said to be showing signs of “voting tourism”. This means that it is doubted that they actually decided to move to Moutier for the next few years, or whether they only did so for the sake of voting.

According to the canton of Bern, this is a reply to questions that the Federal Department of Justice and Police (FDJP) addressed to the Bern government the week before last with questions about the status of work.

In this answer, the statement made in September 2020 was repeated, “according to which a large number of people moved to Moutier.” This was also the case in the last weeks of 2020 after the date of the municipal vote had been set on October 6, 2020.

On March 5, the authorities reported that around 830 people had been clarified about their eligibility to vote. The persons concerned had to confirm in writing that they actually have their political residence and the center of their life and interests in Moutier.

At that time there was talk of 25 people whose eligibility was to be checked before the voting date. The control of the electoral register will continue until voting Sunday “and then until the voting results come into force”, the Bern government stated on Saturday.

It is “in the interest of all parties” that the vote on Sunday can be handled in such a way that it does not give rise to complaints. A correctly kept register of those entitled to vote is essential for trust in a vote.

Formula 1: Rogers pit stop for the final race in Abu...

Failures in the ambulance service after vaccination: These are the reasons

Amazon AWS wants to grow even without the cloud – Amazon...

Coronavirus: The difficult search for the origin