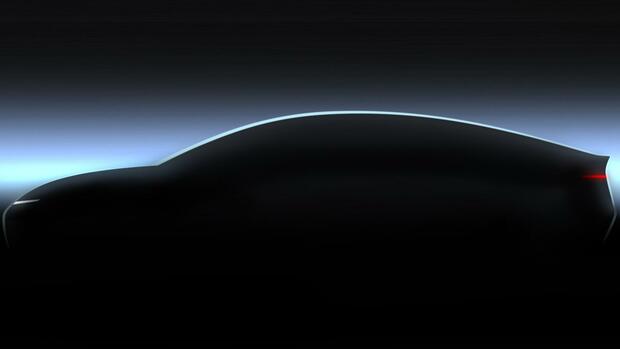 Düsseldorf The words “Tesla” and “Elon Musk” cannot be heard at the Volkswagen press conference. But when VW brand boss Ralf Brandstätter steps onto the stage in the Autostadt in Wolfsburg, it quickly becomes clear who Europe’s largest automaker is emulating.

In the future, Volkswagen does not only want to set standards in electromobility, but also in digitization and the software equipment of its cars. The Wolfsburg-based company no longer wants to be just a simple vehicle manufacturer, but rather to become a “software-oriented mobility provider” – just as Tesla founder Elon Musk did.

The increased focus on fully digitized cars is an essential part of the new “Accelerate” strategy, which will run until 2030 and which CEO Brandstätter presented on Friday for the Volkswagen brand. In the “Trinity” project, the Wolfsburg-based company is working on a new car that will be sold from 2026 and that will combine the characteristics of the future. In addition to the digitization course, VW wants to produce even more electric cars.

“We are increasing the pace and will change Volkswagen more than ever before in the next few years,” announced Ralf Brandstätter. With data-based business models, the group wants to win new customer groups and open up additional sources of revenue.

Wireless software updates “over the air”, which Volkswagen announced in the middle of the week for its new electric ID model family, play a central role. VW Sales Director Klaus Zellmer said that Volkswagen is expecting sales in the three-digit million range from the new digital offers.

Digital products must be activated

The digital equipment of the vehicles is designed by default in such a way that all possible functions are already preinstalled and the users can then have them activated depending on demand and driving profile. With this approach, Volkswagen also wants to significantly simplify the production of the cars, as only a few model variants will be manufactured and sold in the future.

Brandstätter described the change to a thoroughly digitized car manufacturer as a particular challenge for Volkswagen. “That is the toughest task for us,” said the CEO of the Volkswagen brand. With the development of the ID model range, the group has already proven that it has now learned to master the electric drive.

However, there is a lot of catching up to do with digitization. “We have to become a master in every discipline,” emphasized Brandstätter. While other manufacturers still have to take the first steps in terms of electrification, Volkswagen is now devoting itself to the future field of vehicle software. “Our business model is changing as a result and new competitors are emerging,” said the brand boss. Apple and Sony, for example, are new providers that are about to enter the auto business.

Automotive industry observers attest Volkswagen to have made significant progress in expanding its range of electrical products. “Compared to other classic car manufacturers such as General Motors and Hyundai, Volkswagen has a lead of three years with its development of an independent electrical platform,” emphasizes Patrick Hummel, automotive analyst at the major Swiss bank UBS. However, it is completely different with digitization and software: In this field, Tesla has a lead of several years compared to VW.

Audi and Skoda should also benefit

The big question will be whether a large and sometimes cumbersome company like Volkswagen can keep its promises when it comes to digitization. Stefan Bratzel, professor at the Center of Automotive Management (CAM) at the Bergisch Gladbach University of Applied Sciences, thinks this is basically possible. “With the ID model family, Volkswagen is already demonstrating significant progress,” says Bratzel. The comparatively fast and early development of the electric drive proves Volkswagen’s ability to innovate.

Nevertheless, work on the electric drive at Volkswagen is still going on. From a technical point of view, the ID model family is three to four years old again. With the new “Trinity” project, the electric drive is to be taken to the next technological level.

A new Volkswagen ID.3 electric car is at the VW plant in Salzgitter. Volkswagen has started producing its own battery cells for electric cars in the city of Lower Saxony. Also a step to catch up with Tesla.

At Volkswagen, there is above all a need for standardization. Because the individual subsidiary brands did not plan well enough in the past few years, there are currently a dozen different battery formats in the group. The premium brands (Audi, Porsche) and the volume group (VW, Seat, Skoda) each produce their e-models on different platforms. The “Trinity” project from Volkswagen is intended to stop the uncontrolled growth and ensure more standardization.

“Trinity is something like a crystallization point, a lighthouse project,” emphasized Brandstätter, the brand’s CEO. The new vehicle architecture will ensure that the range, charging speed and the software package offered will once again be significantly improved.

In the case of autonomous driving, “Level 2plus” (hands off the steering wheel) will be offered at the start of sales in 2026, and “Level 4” will probably be added after 2030 (the car drives completely independently in the presence of the driver). Volkswagen wants to ensure that autonomous driving becomes a standard feature in most cars.

VW also wants to set standards in production with the Trinity project. With the production of the series version from 2026 onwards, the Wolfsburg plant will become a flagship for the most modern, intelligent and fully networked production processes, added Brandstätter. “We will completely rethink the way we build cars and introduce revolutionary approaches. Digitization, automation and lightweight construction play an important role here, ”he said.

Because climate and environmental targets are being tightened all over the world, Volkswagen wants to produce even more electric cars. Brandstätter announced that 70 percent of total sales in Europe will be accounted for by this drive by 2030. This means a doubling of the previously planned quota for battery-electric vehicles of 35 percent.

Mainly because of the new European “Green Deal”, all car manufacturers have to sharpen their electrical plans. In the next ten years, greenhouse gas emissions in Europe are to be reduced by at least 55 percent compared to 1990 levels. In the USA and China, Volkswagen wants to achieve an e-quota of at least 50 percent by 2030.

More: Volkswagen wants to catch up with Tesla: e-car software is to be renewed wirelessly in the future.

Michael Wendler with a crazy Trump statement – Pocher dismantles him

New Corona resolutions: Tschentscher on the rules in Hamburg | ...

Corona self-tests will be available from April 7th