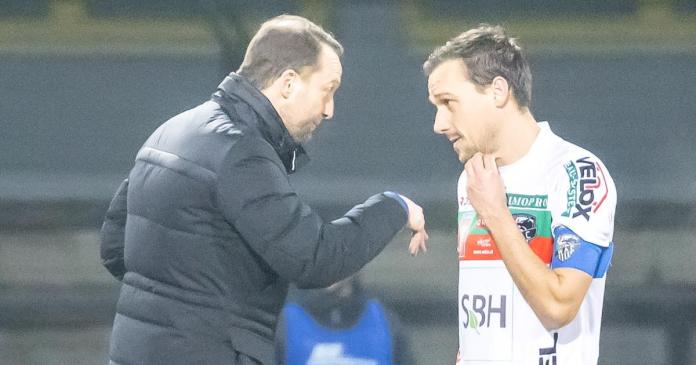 He also resisted false claims. “A lot of things have also been written and said that are simply not right. For example, we never left training early. Instead, training was over for those players who weren’t in the squad. You often have to know more than that just look at it superficially. ”

President Riegler also recently admitted that the relationship between Feldhofer and Liendl was not the best. And Liendl also confirmed: “The fact is that there was one problem or another. Whether people then say that it would damage my image is not that important for me now. What matters is that we won the game today. ”

In any case, the veteran does not want to know anything about a “power struggle”: “I don’t see why we should have a power struggle. We both tried to do our best for the club and the team. The coach made the decision that I shouldn’t always playing. That has to be accepted in the end. The fact is that I’m a player who can’t always understand that – especially when I look at my performances that I’ve brought this season. For me it was never a power struggle . ”

Astra Zeneca’s corona vaccine is about to be approved in the...

Pirated Copies: Playstation 5 could be the next target for hackers

Which rules for the home office now apply

Mass tests: This is why Austria is satisfied, although every second...