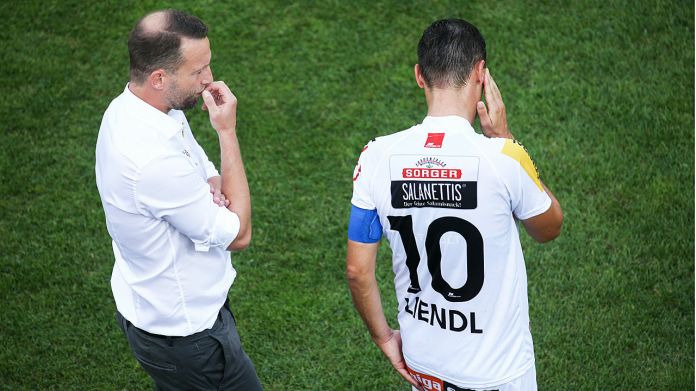 In the power struggle with Michael Liendl, trainer Ferdinand Feldhofer decided to take a drastic measure and put the veteran for the ÖFB Cup semi-final against LASK (NOW in the LIVE ticker) together with Michael Novak and Christopher Wernitznig in the stands.

The reason given by the Styrian in “ORF”: “Basically, it is my job as head coach to make decisions that should be sustainable and successful for the club. I noticed with some of the players over a long period of time that they were not completely focused on what they were doing , maybe not one hundred percent focused. “

“Then it is quite logical that it makes little sense to put these players on the bench. No more and no less,” continued Feldhofer.

After the final training, he announced the matchday squad. “They shouldn’t be happy, that’s also quite logical,” said the coach of the players’ reaction.

“Maradona fell before his death”

Merkel’s most emotional speech as Chancellor: “We have to work hard...

More sports news of the day – awards for Reusser and...

New draft for Corona summit: lockdown to be extended to March...