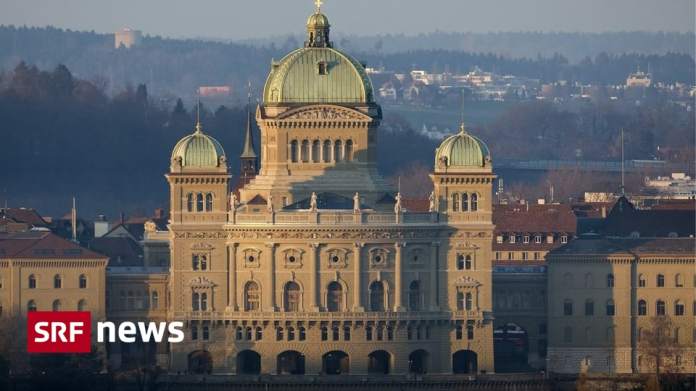 The bosses of SBB, Post or Swisscom. You should earn a maximum of one million francs per year. On Thursday, the National Council spoke out in favor of a statutory upper wage limit – against the will of the Federal Council. The majority of the council agreed: The top management and board members at the seven larger federal companies – SBB, Post, Ruag, Skyguide, Suva, SRG and Swisscom – should not be able to receive a fee of more than one million francs a year.

SVP National Councilor Barbara Steinemann explains why the wages of the top executives of the federally-related companies should be capped.

SRF News: With one exception, nobody earns more than a million today. Isn’t this law unnecessary?

Barbara Steinemann: No, that is not unnecessary. These wages have made headlines recently in the wake of the rip-off initiative. At that time, of course, it was about purely private companies. As a liberal, I always struggle when the state regulates the private sector. But this is now about companies that belong to all of us.

Adjustments have already been made at Swiss Post and SBB. The current bosses earn less than their predecessors.

So in 2019 they earned a little less. But if you look back now, they have always earned a lot. Earned too much in my opinion. And it is indeed the case that the Federal Council and the Finance Department could already exert an influence on wage developments today. They only did that to a limited extent and that is why we thought we should now put a wage cap here.

These companies are in competition with other companies. Isn’t such a wage cap a disadvantage?

No. You can also find a SBB boss who works for a reasonable wage. They are not a private enterprise. We at the SVP say, as long as they belong to the state, have a state mandate and ultimately the general public bears the economic risk, as long as we should be able to determine the top wage ceiling.

The cap also affects Swisscom, 51 percent belong to the federal government, but it is listed and faces tough competition. Isn’t such a wage cap a clear competitive disadvantage for this company?

We think a company like this could well be run by someone who earns less than 1.8 million Swiss francs. But it is actually an exception. Swisscom does not have a monopoly, it is fully exposed to competition. I think the full privatization of Swisscom is politically not feasible. And as long as that is the case, I think the owner, or we as their representatives in politics, can decide on a wage cap. I think a million is still a very generous amount that is disproportionate.

They also propose the wage cap for companies such as SRG or Skyguide. Do you not even create false incentives that wages will even rise in the end?

In theory, this risk actually exists. If this were to be confirmed, however, we would immediately take legal action again.

The interview was conducted by Gion-Duri Vincenz

German Bundesliga – Leipzig against Bayern is now rising without fans

He came with the ICE: Putin’s archenemy Navalny back in Berlin...