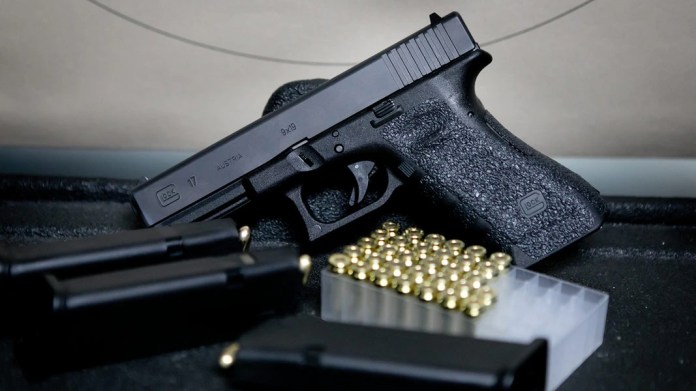 by Angelika Henkel and Stefan Schölermann

The incident occurred last Friday in Schleswig-Holstein during a maritime exercise organized by a large private security company. Participants were also elite police officers from a special task force (SEK) from Oldenburg. Such commands are subordinate to the State Criminal Police Office in Lower Saxony. According to NDR information, the weapons are two “Glock 17” and “Glock 26 (Mini)” pistols. 90 rounds of live ammunition of the appropriate caliber have also disappeared.

A submachine gun has been missing from the police in Celle since March. Interior Minister Pistorius made this public on Thursday and threatened with consequences. (08/08/2019) 5 min

When and how exactly the weapons got lost is unclear. In any case, they disappeared after their return to Oldenburg. However, it seems certain that the weapons were not stowed in a locked building during the exercise, but only in bags and rucksacks in a transporter. There were no signs of departure. Apparently, however, the police officer did not have the car in view at all times during the exercise, as it would have complied with the regulations. In any case, this led to critical inquiries in the interior committee of the state parliament on Thursday, where state police president Axel Brockmann informed about the incident in a confidential meeting. As the interior ministry announced on NDR request, a total of four officers have to leave their special unit for the time being. The Hanover Police Department had been commissioned with investigations against unknown persons. State Police President Axel Brockmann spoke to the Interior Committee about serious errors and promised a comprehensive clarification.

Not the first gun drop

In 2019, Lower Saxony police weapons were lost twice: a submachine gun from the Police inspection in Celle and the pistol of a bodyguard who was on duty in Berlin and had forgotten his “Glock” in the hotel. None have been found so far.

Another breakdown at the security authorities: A submachine gun has been missing from the police in Celle since March. Interior Minister Pistorius made this public on Thursday. (08/08/2019) more

LIVE: Qualification for the start of the Four Hills Tournament in...

Flood of injuries in training: HSV won’t leave Jung out –...

The Formula 1 season starts exclusively on ServusTV on free TV

Too high gate in St.Gallen: kick-off for Switzerland – Lithuania delayed

Germany: sack slide and drive-in: Nikolaus distributed at a distance –...