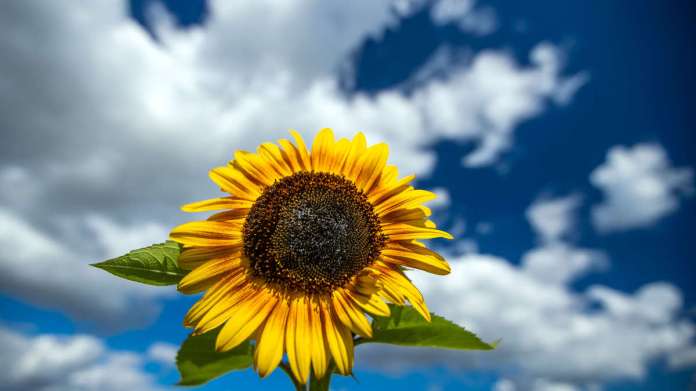 The weather expert Jan Schenk gives a summer forecast for Germany – it should be a little warmer and relatively dry. Nevertheless, three factors are unsettling.

Munich – The head of “The Weather Channel Germany”, Jan Schenk, has visited the website weather.com first commented on a summer forecast in 2021. According to a video by the weather expert, all climate models “indicate a relatively warm summer”. The months of June, July and August would probably be slightly above average.

The largest temperature deviations are not in Germany, but in Eastern and Northern Europe and in the course of the summer in Southeastern Europe. Schenk explains: “Nevertheless, you can assume a warm summer in Germany, especially if you look at the distribution of precipitation.”

Weather forecast: Summer in Germany is warm – July and August are probably the driest months

The climatological precipitation forecast is more of a trend than a forecast, “but you can see that it will rain a lot in the spring before it usually stays dry from July”. Only in September does it look like more rain again. Specifically, this speaks for two warm and dry months of July and August. However, there are still a few factors that could play a not insignificant role.

Because: At the moment there is a weakening La Niña event to be observed in the Pacific. With this one does not seem certain that it will end. If this weather event continues, there is an increased likelihood of a so-called warm-over-cool situation. As a result, northern Europe could tend to get too warm, while central Europe could have slightly cooler temperatures. The climate model from the European Center for Medium-Range Weather Forecasts (ECMWF) seems to confirm precisely this effect, as it predicts less high temperature deviations in Central Europe.

Schenk says: “Furthermore, a good friend got in touch very early this year. Meteorologists know two blobs in the world’s oceans. One is located in the northern Pacific and is known as the warm blob. ”This ensures that the weather is too warm – especially in winter.

“The second blob is a cold water pool off Greenland.” It has occurred more frequently in the last decade and could be an effect of melting ice masses. This means that Western Europe – especially the British Isles – is cool and wet, while a high pressure area persists over Eastern Europe. For Germany, according to the meteorologist, this could mean that there could be frequent southerly currents in summer. That, in turn, would suggest a significantly warmer trend.

Schenk says: “The last major factor is actually again the polar vortex split in January. In 2013 and 2018 there were very strong westerly winds over the North Atlantic all summer after a polar vortex split. That would speak in favor of changeable weather here. ”However, this knowledge should only be understood as an indication. This is still being neglected in the current forecast because there are no reliable research results.

No hot summer in Germany: Climate models are probably in agreement for Germany

The weather expert is satisfied with the soil moisture: “The great drought appears to be over and feedback effects are not to be expected this summer. The increased risk of rain in spring is well captured by the rain forecasts in May and June and should no longer play a role in summer either. “

Germany can therefore look forward to a warm and relatively dry summer from July at the latest. “In the west it can be more volatile than in the east and the cold blob in particular is an indication that it can get really hot.” Nevertheless, the climate models agree that it will not be the big hot summer, as in previous years . The last word has not yet been spoken. “There will be a new summer forecast in April,” promises Schenk. (nap)

US pilot legend has died at the age of 97

“They took everything away from me”

Farewell interview with Mayor Fritz Kuhn: “If you keep scolding, you...

What hamburgers get for Corona Christmas

Confusion over letter from the district office: tender for air filters...