April is traded as the “new merry month”. But will the weather in Germany be warm again in 2021? Current forecasts give little hope.

Offenbach – good weather also automatically brightens the mood. Nothing makes you happy as quickly as rays of the sun that fall on your face and warm your skin. After the mostly cold and dark winter *, many people in Germany therefore to spring *. Of the April is a month that has rarely disappointed in recent years. That could change now, as current forecasts show.

Many people are probably familiar with the saying “April does what it wants”. The month is downright notorious for its rapid changes in Weather. Rainy or sunny, mild or cold – everything seems possible. But in recent years the spring month has developed into the “new merry month“, Says meteorologist Anna Gröbel from „wetter.com “. According to Groebel, there has only been one in the past 20 years April in Germanywhich turned out to be too cold. That was in 2001. Four were even significantly warmer than the long-term climate mean, including 2018.

Weather in Germany: Is April the “new happy month”? Surprise was looming

This is also confirmed by the reports of the German Weather Service (DWD) * based in Offenbach. “Of the April in Germany is actually a capricious month that likes to be changeable and cool. That has changed, ”said a report. April 2020 was even the sunniest on record. Of the Temperature average was 3.1 degrees Celsius * above the value for the international reference period 1961 – 1990. The Spring month but is always too dry. This sits down tendency continue with the weather in April 2021?

How exactly it will develop cannot yet be predicted with certainty. Long-term forecasts but give a first tendency. And that initially does not indicate a happy month. Temperatures of 20 degrees and above it will probably be in Germany not give, as reported by “wetter.de”. The long-term forecast, which is also based on data from European weather model based, doesn’t fill much hope for the sun as things stand. “In any case, this is a completely different template than in previous years,” says the forecast. But not all regions in Germany are immediately affected.

Weather in April 2021: Little hope of 20 degrees in Germany – but there is good news

While in north the country has little hope of sunny Weather exists and the 15-degree mark could become an insurmountable hurdle, it sees in the east at least a little better. Here, too, 20 degrees are probably not possible, but there are signs of an upward trend towards the end of the month. However, this could be accompanied by showers. in the west it looks similar to the north. The calculated maximum temperature is in the low two-digit range. in the south of Germany snow or sleet is even possible again on the mountains at the beginning of April. But something else is noticeable as well.

According to the first calculations of the Long-term forecast will not. Good news, at least for nature. In summary, it doesn’t look like a not so good one at first Weather for sun worshipers. However, especially in the middle and at the end of the month, cold spells are not to be expected tendency. Temperatures could be in Germany move largely in the normal to slightly too warm range. It shouldn’t get really hot. However, this could still be the case with the weather in spring. Because May is still part of the season. And even with the weather in summer it remains exciting. (svw) * op-online.de is an offer from IPPEN.MEDIA.

Thousands of spectators on the street 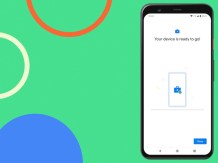 Android 11 and more for new and old phones

After a tearful outbreak: Oliver Pocher interrupts the game prematurely

These corona rules apply from December 1st in Hesse

Julian Nagelsmann from RB Leipzig annoys a penalty for Paris