This weekend, four free games are available on Steam and Epic to try out and keep.

The racing game “Dirt 5” can be tried out on Steam without obligation.

If you would like to try out new games at the weekend without obligation, you can do so on Steam and in the Epic Games Store. The two games “Wargame: Red Dragon” and “Black Desert Online” are designed as a gift without any obligations. The real-time strategy game “Wargame: Red Dragon” can be downloaded for free from the Epic Games Store and played as a lone fighter or with up to 20 opponents in multiplayer. The battles are correspondingly large, with up to 1,450 units available. On Steam, however, there is the MMO “Black Desert” as a gift. If you like role-playing games, you should definitely take a look here. The extensive character editor alone can keep you busy for hours.

On the other hand, two more games can only be tested for this weekend: The racing game “Dirt 5” is waiting on Steam until March 8th. The racing game, which is designed for exciting races with other participants, can be tried out to the full. The purchase price of 27.49 euros, which has been reduced by 50 percent, is intended to encourage interested buyers to buy after playing. The basketball game “NBA 2K21” can also be tried out on Steam without obligation until March 8th. Many fans are enthusiastic about the impressive graphics and accurate implementation of the sport. However, there are numerous microtransactions lurking for ambitious players who promise advantages for additional payments. Here, too, a discount of 67 percent and thus a purchase price of 19.79 euros attracts interested players who can do something with this sport. But this is exactly what can be found out easily with the free versions.

Triathlon and COVID-19: Why Triathletes Should Take Vitamin D.

Well-known fashion brands are particularly affected: These shops are disappearing from...

US music producer Phil Spector died in prison at the age... 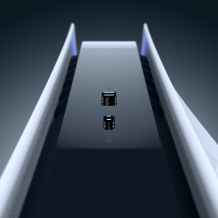 Scalpers are said to have made that much profit 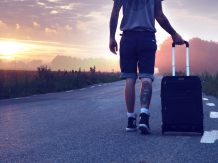