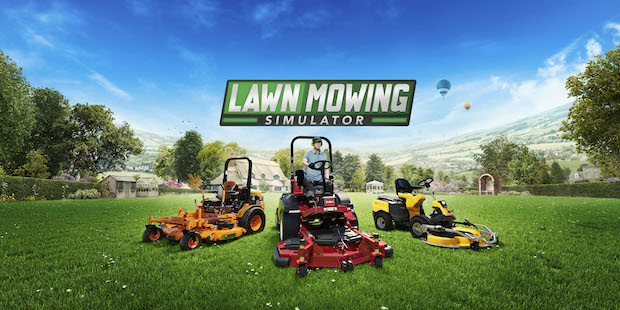 The list of simulations on the PC and Consoles is almost infinite, from the motorway police to the garden to the bus driver, almost anything is possible. Even more special tastes are served every now and then, for example in “Lawn Mowing Simulator”.

This is about the pleasure of mowing the lawn and the special features that go with it. So you have the choice of twelve different lawnmowers and you have to consider various special features such as cutting height and the nature of the soil when working on the English green.

“Lawn Mowing Simulator” appears in summer For Xbox-Consoles and PC. If this announcement had come a week later, it could almost have been mistaken for an April Fool’s joke …

After rescuing princesses from the clutches of vicious reptiles at a young age and shooting myself through space with a small spaceship, I was fascinated by video games. I especially like Japanese games, and I’ve always been a big fan of special consoles like the Sega Saturn. A heart for outsiders, so to speak! When it comes to games, I adore the “Yakuza” series, like cinematic adventures like “The Last of Us” and like to play a game of “PES” in between. Otherwise my heart beats for the Japanese film, directors like Shion Sono, Shinya Tsukamoto or Takeshi Kitano are simply worth gold. I also like to invest my time in comics and creative work (writing, drawing …).

Pixel series and Chromecast 4 make Google the winner of the...

Extractor hood on fire – large-scale use in restaurant – BZ...

Samsung: Cashback or free smartphone when you buy a TV

Football: raid on a doctor – Maradona was it negligent homicide?