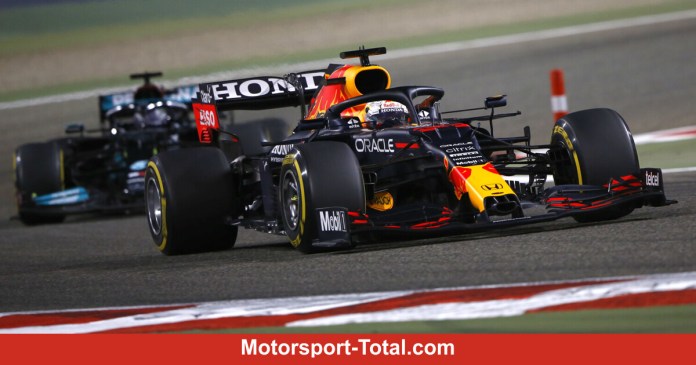 sometimes it’s strange how your memory can play a trick on you. One hopes that after the strong winter tests and the even stronger free practice sessions by Red Bull and Max Verstappen, the latter can break through the dominance of Mercedes and Lewis Hamilton at the start of the season for the first time – and then in the end the seven-time champion will be at the front again and the eternal complainers post bored: “See, I said that Mercedes was just bluffing!”

But that’s not the whole truth of the 2021 Bahrain Grand Prix.

First: Hamilton has not won a season opener since 2015 (!) Until yesterday, so you can be wrong. In 2020 and 2019, Valtteri Bottas won at the start (and Hamilton only won race 2). In 2018 Sebastian Vettel started the season with two wins (Hamilton only won race 4). In 2017, Vettel won in Melbourne and Hamilton two weeks later in Shanghai. And in 2016 Nico Rosberg even triumphed in the first four Grands Prix in a row.

It should be mentioned: Hamilton won only the sixth race of the season in 2016, and since Vettel was Formula 1 champion for the last time in 2013, 2016 remains the only year so far in which the world champion was not called Hamilton in the end.

Ultimately, the 2021 opening winner should have been Verstappen and not Hamilton, and that this was not the case, the 23-year-old and his Red Bull team were solely responsible for themselves.

Whether he and Dr. Marko slept really badly because of that, that’s an open question. After all, the most important finding is that, with the RB16B 2021, Red Bull and Honda finally have a package that can win on its own, right from the start. But we don’t want to take the title of this column quite literally.

The truth about the 53rd lap is: No driver other than Verstappen would have come anywhere near Hamilton. That’s part of the narrative I’m giving in this column (and the nature of columns is that they are mostly strictly subjective), too.

But the truth is also: when attacking Turn 4 on the right, Verstappen actually still had a bit of space next to him and actually did not have to exceed the “track limits” that later became his undoing. “He’s going to get annoyed,” said Nico Hülkenberg in the (by the way highly competent) live commentary on ‘ServusTV’.

But when it looked like he was through, Verstappen’s car slipped for a moment, and so he had to open the steering wheel for a very brief moment. It was only through this correction that it carried him so far outwards – and not because he was pushed away by Hamilton, as one or the other may have suspected at first.

In retrospect, of course, this is easy to write, especially when, like me, as a journalist, you sit comfortably in front of your eight monitors and can analyze every detail with the luxury of unlimited time. Verstappen had to make his decision in milliseconds, and that at over 300 km / h in the cockpit of a Formula 1 car.

But in retrospect, he would have been well advised not to present the attack on Hamilton not in Turn 4, but possibly a little later. His pace was so fast on those laps that he could easily have overtaken Hamilton at a later point in time, better prepared and less on the last groove.

But you have to give Verstappen credit for the fact that firstly he let Hamilton by very quickly and fairly and secondly, even at that point in time, he still had every chance of winning the race. It was only a matter of time before Hamilton fell due.

Turn 13: The next crucial mistakes

But then Verstappen made the next small mistake in the “dirty air” of the Mercedes when braking into turn 13, and again he was only able to catch the cross-stay by opening the steering wheel. Insofar as it was bitter, when Hamilton first gave himself a few car lengths of air, which he could use with his medium, which was eleven laps more worn out.

On lap 54, Verstappens’ next little cross-stay in turn 13, this time not captured by the TV cameras, and that was probably the decision in the Bahrain Grand Prix. Because of this mistake, Hamilton shook his challenger off the DRS second, at least for a short time, and until it was Verstappen again, the last corner of the last lap was there.

Why was Red Bull out for so long?

One can now discuss at length and width whether Verstappen’s small mistakes cost him victory or whether these were simply an almost inevitable consequence of his fabulous catch-up. Because the Pirellis must have literally glowed after so many fast laps in a row.

The fact is: When Verstappen came back to the track after his pit stop on lap 40 (of 56) and attacked, he was 8.8 seconds behind Hamilton with the medium tires, which were 11 laps fresher.

In the middle sector of the 40th lap, Verstappen took off Hamilton 0.726 and in the third sector another 0.227 seconds. By then it was clear that Red Bull had the faster car that evening.

Which leads to the next critical question: Why Red Bull did not react directly to Hamilton’s undercut attempt with the first pit stop on lap 13, that the strategists of the Austro-British team have to answer themselves afterwards.

The risk of being taken by surprise by Valtteri Bottas if you had aligned your own strategy with Hamilton was manageable. At that time, Verstappen had a full 6.6 seconds ahead of the Finn. And the 2.0 seconds lead he had over Hamilton before his pit stop would have been enough to change tires one lap later and still stay in the lead.

Then it would not have even come to a situation where Verstappen lost control of the race, and he could easily have increased his pace to the Bahrain Grand Prix from the front – just like the Mercedes in the past few years in what felt like nine out of ten races (in truth the quota is of course much lower!).

But a lost race is by no means a lost World Cup, and if Verstappen and Red Bull can maintain their shape from the season opener throughout the season, then Hamilton and Mercedes will have to dress warmly. In any case, one can say with almost certainty: Formula 1 will be more exciting in 2021 than it has been for a long time!

Why the race management is not to blame

By the way: To blame the defeat on the overly strict race management, because they were inconsistent with their announcements about the “track limits” in turn 4 during the race, is (much) too easy in my opinion.

It is true that there was a bit of confusion because last weekend you were allowed to cross the white line in phases and not in phases. Point taken.

But one thing was crystal clear at all times: Anyone who gains a so-called “lasting advantage” by exceeding the “track limits”, such as a position gain, must definitely give it back.

Finally, please allow me to make a note on my own behalf: The most loyal among our readers already know that my colleague Stefan Ehlen and I have our “Last Night” columns every Monday after a Formula 1 race in a premiere at the Follow up on the Formel1.de YouTube channel and discuss who else might have slept badly or well.

Today this YouTube premiere is taking place live for the first time, which gives our users the opportunity to comment in the live chat and to throw comments and questions around. In this respect, it is worth subscribing to the channel now and using the corresponding YouTube function to set up a reminder for the live stream at 5:00 p.m.

And for everyone who is still in the office at 5 p.m. or is on the way home in the car, the video is of course also available on demand. On the YouTube channel of Formel1.de as well as in the video player of our portals Motorsport-Total.com, Formel1.de and Motorsport.com.

PS: Follow me on Facebook under “Formula 1 inside” with Christian Nimmervoll “. There you will find all the Formula 1 texts I have written, as well as insider information, opinions and assessments on current topics. And of course the opportunity to criticize and discuss this column !

US sanctions against companies in China and Russia

Study: Putin understanders are not only found in the East |... 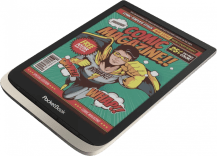 E-reader: PocketBook InkPad available as a variant with color display

Lori Loughlin released from US prison after two months