The ball was still, Hannover 96 was in early Easter holidays. Instead of preparing the team for the game scheduled for Friday evening in Kiel, players and coaches were stuck in their apartments and houses for a week. The quarantine also had its good side – Kenan Kocak was given the freedom to plan the new season intensively in the home office. Always in coordination with sports director Gerhard Zuber, of course.

“You had a lot of time to focus on driving internal planning,” says the 96 boss. Martin Kind expected “that they also use them sensibly”. The 96 boss hopes that the quarantine should become an opportunity to clarify this early on. “Kocak and Zuber know their tasks and all the questions to which they have to find answers.” In addition to possible newcomers, the focus is primarily on the current team.

Marvin Ducksch and Genki Haraguchi are the top scorers at Hannover 96. How many goals and assists do the two of them have and what about their teammates? This is the 96 scorer list in the 2020/21 season.

Schindler’s return to Cologne is clear

Kind demands “an analysis of the current season and a classification of the players”. And not just for the professionals whose contracts are running out. It seems clear that the one borrowed in Cologne Kingsley Schindler is no longer employed.

But what will happen to the transfer disappointments Patrick Twumasi and Simon Falette? Do you try to get rid of it? How will the one borrowed for a year Yak Bijol rated? Maybe CSKA Moscow can try to negotiate the fairytale purchase option from 5 million euros to zero euros.

Hard decision for Maina and Muslija

And what will happen to the long-term injured Linton Maina – should it be sold a year before the contract expires? The eternal talent Florent Muslija has still not made the breakthrough after three years. Is 96 separating from him?

And last but not least: Kocak should also determine which talents he plans with the professionals. Moussa Doumbouya, Mick Gudra, Grace Bokake seem to have an advantage.

Christmas greetings via WhatsApp: This is how you create funny videos... 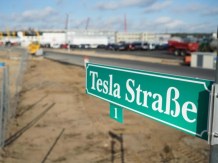