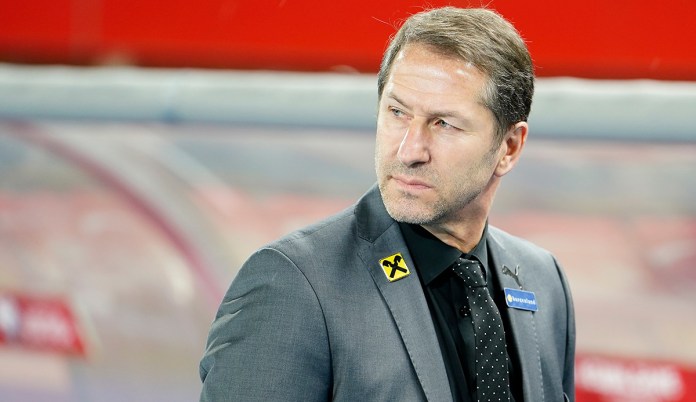 With a substitution of Ercan Kara, team boss Franco Foda could have tied the Rapid striker to the ÖFB – but the 24-year-old was not in the squad.

Quite surprisingly, Ercan Kara was not in the squad of the Austrian national team in the World Cup qualifying match against Faroe Islands.

Foda would have come to tie the attacker to the ÖFB with a substitute. It is well known that the Turkish Association is also interested in Kara’s services.

Now the former Sturm coach shared his thoughts on his decision. “It wasn’t just Ercan in the stands, but four other players as well,” said Foda. “Because of the Corona situation, we decided to have 28 players. He wasn’t in the squad today because I just decided on other players.”

Franco Foda: “It was the same with Yusuf”

Overall, however, Foda did not have a negative impression of Kara: “At the beginning you are new and are still a bit cautious. That is quite normal, that was also the case with Yusuf. But with both you noticed: the longer they are with us, the more It got better. They became more open, and Ercan in particular made a good impression and basically confirmed what we saw in the games. ”

Foda reveals that an operation against Denmark is still possible. The competition in the storm center is enormous in the long term. Sasa Kalajdzic scored three goals in two ÖFB appearances, Marko Arnautovic will return sooner or later. With Adrian Grbic and Michael Gregoritsch there are also further options.

Brussels sees no dilution of the rule of law mechanism

The iMac Pro is no longer available

Berlin art trade in lockdown: The hunger for real pictures –...