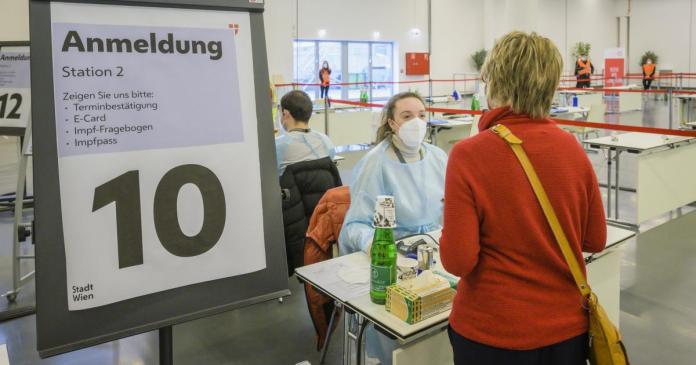 Fever is the most frequently reported vaccination reaction in Austria, followed by headache, tiredness, pain at the vaccination site and muscle and joint pain. The majority were mild to moderate in intensity and disappeared within a few days.

Both the approval studies of the vaccines and the data from practice show that young people in particular are affected by the vaccine reactions. In Austria, by far the largest number of reports were in the 18- to 44-year-old group (see here).

From the studies it is known that with Astra Zeneca more reactions occur after the first dose, but hardly with the second. The opposite is true for the mRNA vaccines from Biontech and Astra Zeneca.

According to the German Robert Koch Institute (RKI), antipyretic painkillers such as paracetamol (as found in Mexalen) can be taken to alleviate the flu-like vaccination side effects such as fever and headache. Austria’s doctors have already recommended taking the tablet four to six hours after the vaccination.

The emphasis is on to vaccination, which has the following scientific background: It is feared that paracetamol or other painkillers could affect the body’s response to vaccination and the development of vaccination protection

Six hours after vaccination at the earliest

What applies to all vaccinations, of course, would be a particularly undesirable side effect in a pandemic. A working group led by pharmacologist Mahyar Etminan from the University of British Columbia even called for studies on the effects of painkillers after a Covid vaccination, as reported by the German medical journal.

The scientist referred to an older study with children who were vaccinated against the bacterium Haemophilus influenzae type b: Children who took paracetamol to protect against side effects produced fewer antibodies than children who had to go through the vaccination without pain medication.

Thomas Herdegen, Deputy Director of the Institute for Experimental and Clinical Pharmacology at the University of Kiel explains in the Deutsches Ärzteblatt: “However, it is unclear whether and how much such a reduction weakens the immune response in a clinically relevant manner.”

Another study with adults also showed a weaker immune response after a hepatitis B vaccination: the test subjects had taken the pain reliever immediately after the vaccination. Taken six hours later, no diminishing effect on the immune response could be seen.

The current recommendation is to take a pain reliever no earlier than six hours after the vaccine has been administered. The US Center for Disease Control and Prevention (CDC) and the WHO do not even recommend taking antipyretic drugs until a few days later to the vaccination.

In general, mild side effects after a vaccination are a good sign, as they mean that the immune system reacts strongly to the vaccine and builds up a correspondingly strong defense against the Sars-CoV-2 coronavirus.

Terrorist investigations in Switzerland: strangled and stabbed in the throat –...

UTTC Oberwart: defeat at the end of the year

Covid-19 in the Landeck district: Again over 200 corona cases