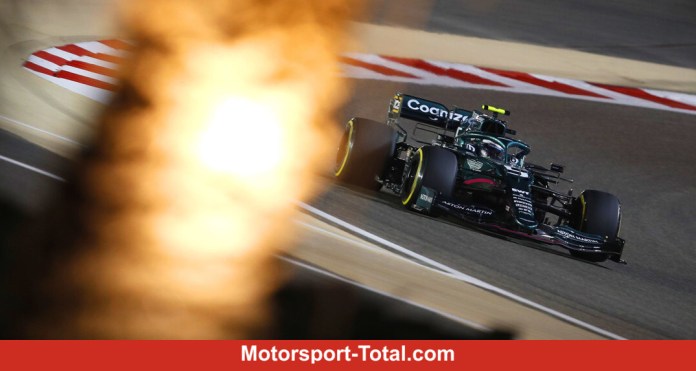 (Motorsport-Total.com) – Johnny Herbert is in good spirits that Sebastian Vettel could return to his old form in 2021: “I hope that we will see the best of Sebastian again,” says the Formula 1 expert for Sky in Great Britain . “If Aston can give him the tools he needs, I really believe we could see Sebastian Vettel resurrected.”

According to Johnny Herbert, Sebastian Vettel could return to his old form in 2021

Herbert is of the opinion that this would be positive not only from a German point of view, but also for Formula 1 as a whole: “Many people love him. I consider him a good asset for Formula 1,” says Michael Schumacher’s former team-mate Benetton (AD: Get the complete Formula 1 and the best live sport with Sky Q or stream flexibly with Sky Ticket. Without a receiver.).

At Ferrari, Vettel simply didn’t have the fun he needed to be able to consistently call up top performance: “I think the motivation wasn’t there anymore, especially at the end,” suspects Herbert. In addition, the four-time world champion also struggled with the outstanding talent of Charles Leclerc.

Herbert recalls an incident in Sochi in 2020: “I talked to him. He was really looking forward to driving for a British team again. Strange, actually, but that goes back to his happy days at Red Bull. I think “He’s very comfortable on a British team like Aston. And that can be very, very important.”

Rampage in Trier: five people killed, many injured – Germany and...

Coronavirus worldwide: more than 2100 dead in the USA – politics

Mayor election in Stuttgart: who will be the new city hall...

Spy Pollard returned to Israel after 30 years in prison in...