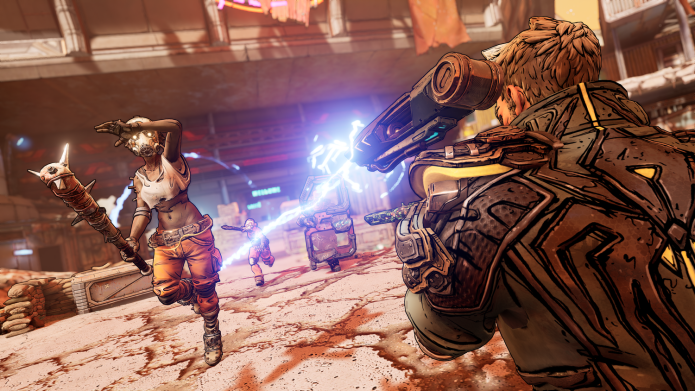 The re-release of “Tales from the Borderlands” combines all five original episodes into one package and is now available on Xbox One, PlayStation 4 and PC via Steam and the Epic Games Store. The game can also be played on Xbox Series X / S and PlayStation 5 via backward compatibility.

Originally published as a five-part episode series between November 2014 and October 2015, “Tales from the Borderlands” is a narrative adventure game driven by player choices that takes place between the events of “Borderlands 2” and “Borderlands 3”. You see the beloved story from the perspective of two protagonists who enter into a strange partnership in an attempt to get back a whole bunch of money that they believe is theirs.

The “Borderlands 3 Ultimate Edition” combines the nerve-wracking action of a first-person shooter with the extensive progress and loot system of an RPG. Borderlands 3 expands and enhances many of the key elements that made the series a success, and adds innovative new gameplay elements.

The Ultimate Edition gives you access to the award-winning base game, a number of bonus cosmetic packs and the original Season Pass and Season Pass 2, which together offer six exceptional content add-ons.

You can win a PS4 download key each for “Tales from the Borderlands” and the “Borderlands 3 Ultimate Edition”!

The competition is active until April 5, 2021, 11:59 p.m. The winners will be notified personally. Cash payment and legal recourse are excluded.

Ski star Marco Odermatt: “I’m over the moon and got the...

Larger outbreaks in the north: Schleswig-Holstein’s incidence is just below the...

Medical union calls for nationwide extension of the lockdown

Disaster – At least seven people killed in earthquake in Croatia

The Federal Prosecutor’s Office is to suspect Blatter and Platini of...

When can people from vaccination group 2 get appointments?