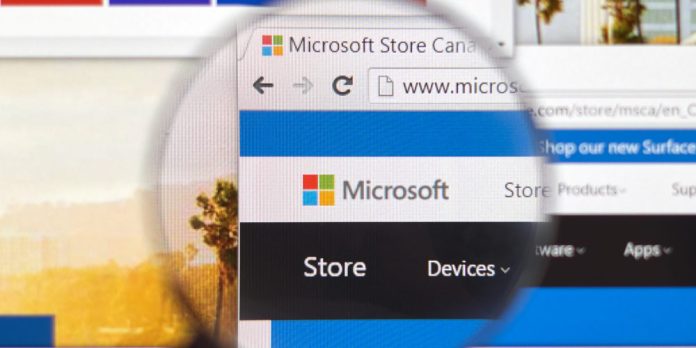 Windows 95 is around 26 years old and is therefore considered ancient software. A Twitter user who has found an extremely well hidden Easteregg has now revealed that the old version still has some secrets.

Windows 95. The name immediately evokes associations with times long past. Some of us might immediately have a song in our ears: The nerd rock classic “Buddy Holly” by the Californian band Weezer was included as a music video on the operating system’s CD-ROM, as was the melancholy “Good Times” by Edie Brickell. What Microsoft wanted to show above all: Windows is now a multimedia operating system. And indeed, the new Windows was a milestone – despite many rough edges, bugs and the risk of falling.

By the way, you can read up on how our authors rated Windows 95 26 years ago: MS-DOS is dead – long live Windows 95

But Microsoft employees have built something different into the operating system, in a far less prominent place: A secret message has been hidden in the Windows 95 mail program for decades. In keeping with the coming Easter days, the Easter Egg has only just been found. Twitter user Albacore is believed to have been the first to make this amazing discovery.

It’s never too late to find easter eggs. Happened to notice what looks like a never before seen easter egg in Windows 95’s / IE4’s Internet Mail. You have to open its About window, select one of the files, and type MORTIMER. Names of the program’s developers will start scrolling. pic.twitter.com/13ZCdCyBUg

“It’s never too late to find Easter eggs,” says Albacore on Twitter. The Easteregg can be found as follows: From the Windows start menu, open the “Internet Mail” program (the name of the program already seems nostalgic). Here you click on the “Help” tab and then click on “About Microsoft Internet Mail and News”.

In the screen that opens, select the comctl32.dll file. Then type in the word “MORTIMER” on the keyboard. An overview of the names of the people who contributed to the program will appear. Such secret credits have been popular in the cracker and hacker scene since the 80s. In this case, however, the Microsoft employees have made it particularly complicated: How a user should get on this very special way to find a secret message, of whose existence he does not suspect, is questionable. It was not for nothing that it took 26 years to discover the egg.

Unless you happen to work in a very remote government agency or run a computer museum, it is very likely that you no longer have Windows 95 on your computer. But now you probably want to find the Easter egg on your own anyway, right? We thought so. Here are the instructions: in fact, users can click their way through Windows 95 on the Internet Archive website. The operating system is also available as an app for mobile users.

Windows 10 update: These are the most important innovations

Here’s how to find the hidden message:

What is an Easter Egg?

Easter eggs have a long tradition: Hidden clues and secret messages can already be found in works of art in the Middle Ages or the Renaissance. Traditionally, an Easter egg is primarily understood to mean special features in certain media, software (especially in computer games) or websites. Developers have hidden these Easter eggs there or placed them in such a way that they are difficult to find.

The Atari game Adventure from 1978 is considered the first computer program with an Easteregg. The US game designer Warren Robinett hid his name in the game – in a complicated way. In order to find the egg, players had to guide their player character – back then not much more than four pixels – in a certain way through the labyrinthine game world and transport special objects and then drop them again. As a “reward” the blinking text “Created by Warren Robinett” appeared.

The Windows 95 operating system was launched on August 24, 1995. With this software version, Microsoft started a new era 20 years ago. Millions of people were given easier access to computers. However, the software was not very secure and stable. In the first seven weeks Microsoft sold seven million copies of Windows 95. Microsoft founder Bill Gates got the PC out of the nerd corner.

Corona ticker: Laschet does not rule out lockdown until Easter

Jump festival in front of empty stands: This is how the...

The lie that started Trump’s tenure

Significantly more abuse victims in the Archdiocese of Cologne