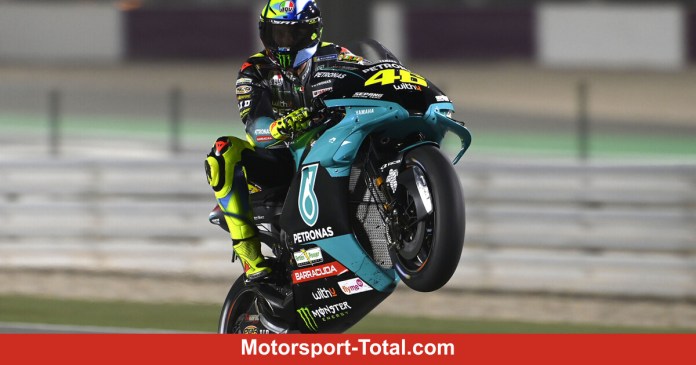 (Motorsport-Total.com) – Petronas Yamaha rider Valentino Rossi will start the race from fourth on the grid at the MotoGP season opener in Qatar. In Q2 (for the qualifying report) Rossi missed the fastest time by 0.342 seconds. The 42-year-old Italian was only 0.026 seconds away from the front row.

VR46 protégé Francesco Bagnaia took pole position in Losail. It was the first MotoGP pole of his career. Rossi was lucky to drive right behind his compatriot on the second attempt. In the slipstream of the Ducati, Rossi drove on his 1: 53.114 lap.

Was the maneuver planned? “I knew he was there. We drove together the first time we tried, and he was the one who drove in front. But that was not planned,” commented Francesco Bagnaia. “When I saw him behind me, I accelerated.”

“Because I prefer to drive alone without someone in front of me. I can then just drive my line and attack better. We will certainly talk about it, because this strategy worked today. Maybe we will do that more often in the future,” remarked Bagnaia.

No consultation with Francesco Bagnaia

Rossi confirms that he had not discussed a common strategy with Bagnaia before qualifying: “There was no consultation with ‘Pecco’, but we met on the track. I drove ahead the first time and he drove up the second time me. I pushed. I have to congratulate him on his first pole position. He’s driving very well. It’s the perfect way to start the season. “ 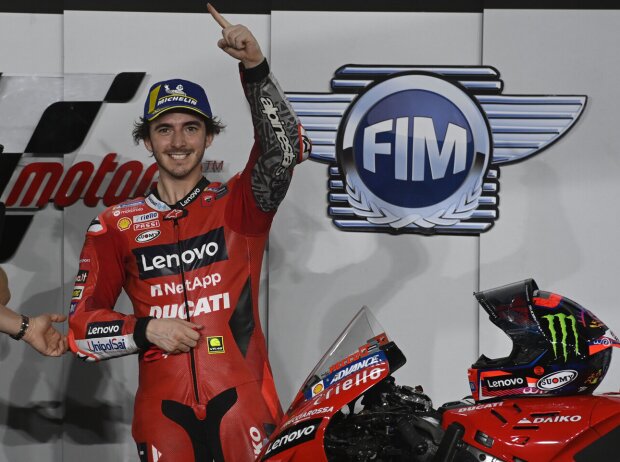 “I’m very satisfied,” said Rossi happily about fourth on the grid. “It’s great to start the new season with the new team with such a qualifying. I felt very comfortable with the second set of tires and had a lot of grip. The lap was great.”

“I drove well and was able to push without making mistakes. The lap time was impressive in the end. I drove a 1: 53.1 lap. Unfortunately, it wasn’t enough for the front row. But we’re not far behind. We are fourth on the grid very important for the race “, he looks at the first race of the season.

When he returned to the pits, Rossi didn’t realize that he should have gone to Parc Ferme. In fourth place, Rossi was the best non-works driver. The Petronas pilot set out on foot to Parc Ferme, where he was already expected.

“We have to go back to a different set-up and wait to see how things go tomorrow,” explains Rossi, who cannot yet predict how the race will turn out. 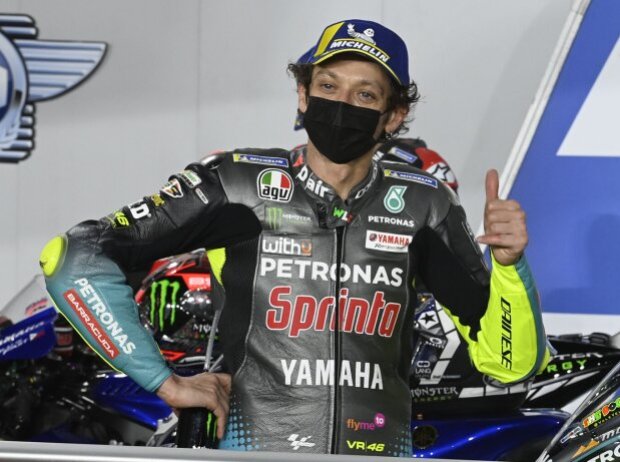 Valentino Rossi: Stronger than expected in qualifying, but what is possible in the race? Zoom

“Nobody knows what will happen. We hope for good conditions because the field is fantastic. We deserve good conditions for the first race because all the drivers, the people in the paddock and above all the fans are ready for this first MotoGP race of the season have been waiting. “

Rossi is not yet sure about the tire choice. “In the FT4 I tried medium / hard because it is an option for the race. It will be difficult to run the entire race with soft / soft, especially in these high temperatures. Even at night. We’ll have to wait and see how that happens Conditions are tomorrow, “he explains.

The deficit in terms of top speed is a cause for concern. “We reduced the gap on the straights, but it is still very large. In my opinion, that is the main reason why it is difficult to fight with the Yamaha,” said Rossi.

“If you want to overtake, you have to do it in the corners. You have to demand the tires and that’s not so easy at the current level in MotoGP. But on the straights you usually lose your position. That makes it very difficult.” notes the longtime Yamaha rider.

Lithuania comes into play as a co-host

Bracelets should warn of corona contacts

Resistance in ski resorts: “Head not stuck in snow” – this...