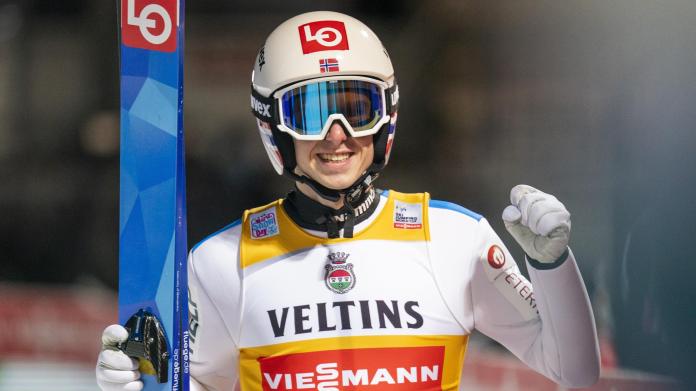 Ironically, the cause of his early triumph is also the pandemic.

Because no substitute organizers were found for the Raw Air Tour, which was canceled due to the entry restrictions in Norway, and only one additional competition on the flight weekend in Planica was included in the program, the eleven-time winner of the season Granerud is no longer from first place with only three outstanding competitions displace. Granerud leads in the race for the crystal ball with 1544 points ahead of the German world champion Markus Eisenbichler (1018), for a win there are 100 points.

Granerud secured the overall route as fourth Norwegian, Anders Bardal was most recently successful in the 2011/12 season. Eisenbichler still has to fight for his second place, before the final weekend in Planica he is 74 points ahead of Poland’s Kamil Stoch.

“A shock for the whole World Cup!” Schmitt evaluates the Granerud case

As the FIS announced on Thursday, another competition will be held in Planica on March 25th, and there will be flights on the legendary Letalnica on March 26th and 28th (individual) and on March 27th (team) on the Karl Geiger in December World flight champion became.

All sales locations in Europe are to be closed

Professional boxer Viviane Obenauf in custody: did she kill her husband?