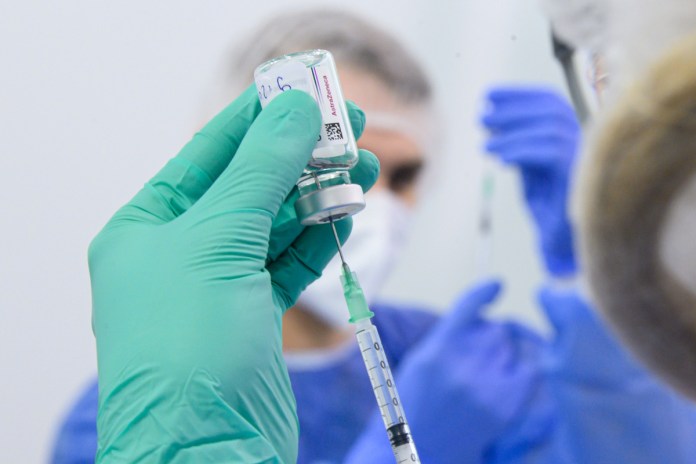 A 47-year-old woman died after being vaccinated with the AstraZeneca active ingredient. The authorities are examining a possible connection.

The Paul Ehrlich Institute is investigating whether her death could be related to vaccine side effects. The district of Euskirchen announced this on Saturday evening on its Facebook page.

The health department was reported on Friday “a corresponding suspicion after vaccinating the woman with the ‘COVID-19 Vaccine AstraZeneca'”.

Immediate investigations were initiated. The responsible state and federal authorities have been informed.

So far, there is no evidence of contamination or incorrect composition of the vaccine. Therefore, the entire batch of vaccines will not be blocked in the Euskirchen district, it said.

District administrator Markus Ramers told “Radio Euskirchen”: “After complications had set in with her, doctors on Friday expressed the suspicion that it could be one of the very rare but well-known cases of cerebral vein thrombosis.”

So far, 16 cases of blood clots in the brain in connection with an AstraZeneca vaccination are known across Germany – four of these cases were fatal.

Almost two weeks ago there were reports of side effects to one Vaccination stop with AstraZeneca guided. In the meantime, the corona vaccine is being injected again despite ongoing criticism. The late 47-year-old had already been vaccinated because of her job in the medical field.

New York: Confetti and “ball drop” – but hardly any people...