A week ago, President Erdogan announced that he was withdrawing from the women’s protection agreement. Since then, women in Turkey have taken to the streets. Again today. The new protests were fueled by an alleged femicide.

In Turkey, hundreds of women have again protested against the country’s withdrawal from the international convention against violence against women. In Istanbul they marched through the streets and chanted over and over again, “We are not afraid, we will not be silent, we will not give in,” reported an AFP correspondent. There were also new protests in the capital, Ankara.

The new protests were fueled by a new alleged femicide: A 17-year-old pregnant woman was stabbed to death in the province of Izmir, according to media reports, the suspect is the man she lived with.

The withdrawal from the Istanbul Convention against Violence against Women was announced by Erdogan’s decree last weekend. With his decision, the president accommodated conservative and Islamist circles. They had called for the exit on the grounds that the agreement harmed family unity and promoted divorces and homosexuality.

In addition to violent protests within Turkey, the exit was also sharply criticized abroad. The USA, the EU and also the German government called for the decision to be withdrawn. The Istanbul Convention of the Council of Europe is the world’s first binding agreement of its kind.

The signatories, including Germany, undertake to better protect women and girls from violence by prosecuting the perpetrators – be it at home or elsewhere. According to the agreement, “violence” includes not only physical violence, but also gender-specific discrimination, intimidation or economic exploitation.

Ski jumping – before the final in Bischofshofen: the tour favorites... 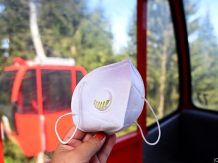 The big rush to the ski areas did not materialize –...