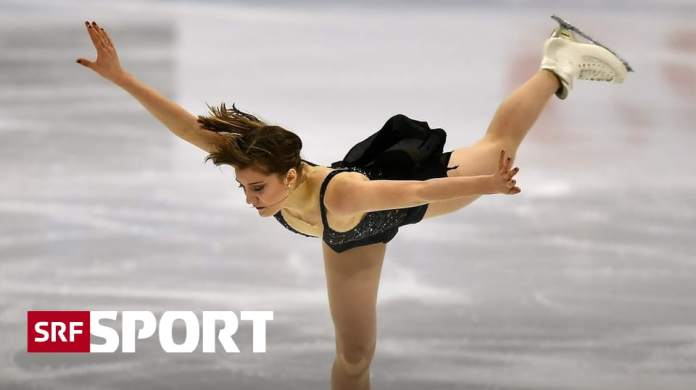 For Alexia Paganini, the World Figure Skating World Championships in Stockholm is already over after the short program.


With 57.23 points in the short program, Alexia Paganini was 25th. 0.49 points to enter the freestyle of the best 24. It was her undoing that she only performed the Rittberger twice instead of the prescribed triple and received no points for it.

Irony of history: The triple Rittberger has only been Paganini’s last jump in the first part of the competition since this season, as she can get more points this way. Even the landing of the Dreifach-Lutz at the beginning of their appearance to the music “Caught Out in the Rain” by Beth Hart was not clean. Nevertheless, she managed to combine it with the triple toe loop – she received only minimal prints.

Far behind the best

Paganini has been working with two-time Swiss world champion Stéphane Lambiel, an artist par excellence, since last May. The progress in this area could be seen – only 13 runners received more points in the program components. In the end, that was little consolation. She missed her best performance of 68.82 points, which she had set up in 4th place at last year’s European Championships and which would have meant intermediate rank 9 in Stockholm, by a whopping 11.59 points.

Russian Shcherbakova on course for gold

How great the frustration was with Paganini is underscored by the fact that she made no comment after her performance. For the second time in a row she missed the freestyle at world championships – in 2019 she was 33rd. That was doubly bitter in that it did not secure Switzerland (for the time being) a quota for the Olympic Winter Games in Beijing next February.

Anna Shcherbakova is the leader in the freestyle. The Russian is with 81 points 1.92 points ahead of the Japanese Rika Kihira. Third is another Russian with Jelisaveta Tuktamysheva. The freestyle takes place on Friday.

Naked calendar from the Stuttgart Wagenhallen: Where you give your last...

Continuation of the nuclear program – Pyongyang calls the USA the...

The number of unreported cases is slowly decreasing: Three percent of...

Mass test registration only required for the town hall