Amin Younes came on after 20 seconds of stoppage time. Joachim Löw allowed the Frankfurt player to play another international match.

But the question was, why didn’t that happen earlier? The game of the German team could have used a bit of revitalization, but above all determination and ability to finish. Younes has stood by Eintracht for all of this over the past few months.

There were enough chances for more goals

Now he had only come to keep the narrow 1-0 lead, which should have been higher long ago. There were plenty of opportunities, even if the DFB selection was by no means their best day.

The national coach said on Sunday evening (March 28th, 2021) in Bucharest: “The game was better than against Iceland. We did mostly well.“The national team had won 3-0 against Iceland three days earlier in Duisburg and impressed with determined attacking football in the first half.

Six points on the way to Qatar

The bottom line is that there are now six points on the way to the World Cup in Qatar. And on Wednesday – again in Duisburg – three more should be added against North Macedonia.

Because Romania is considered the strongest opponent in the group. The team, which was among the world’s top players in the 1990s, doesn’t have what it takes to stand up to the four-time world champion – especially not over the distance of the entire qualification.

Gnabry scores the goal of the game

Serge Gnabry scored on Sunday in the 16th minute after a fine pass from Kai Havertz. It was the 25-year-old attacker’s 15th goal in the 19th international match.

The Munich midfield boss Joshua Kimmich, who was taken under cover, almost made for the double strike and the early decision in a deflected crossbar shot (19th). The exploitation of chances was one of the criticisms of the deserved success.

There was a lack of effectiveness in the financial statements

Gnabry harmonized perfectly with Chelsea professional Kai Havertz. The 20-year-old failed, cleared by Gnabry, to goalkeeper Florin Nita (12th). The other way around it worked better: Havertz served Gnabry perfectly with a cross pass in the penalty area, who just had to casually insert the ball.

What was missing was the effectiveness in the end: Gnabry failed after a solo on Nita (58th) and Gündogan (60th) couldn’t get past the strong goalkeeper who had also directed Kimmich’s shot with his fingertips to the crossbar.

The chain of defense against Neuer was largely stable. The captain hardly had to show his skills in the 98th international match. Neuer held on to a low shot by Razvan Marin (27th), and the captain also caught a shot by George Puscas shortly before the end of the game (87th).

Nicolae Stanciu also came to a dangerous finish in the 90th minute. The Romanians lacked possession and esprit.

Special praise for Can

“Some of the Romanians attacked heavily. Most of the time, we were able to break loose through play – without long balls. That was a step forward compared to last year“, Loew was satisfied.

Special praise was given to Emre Can, who in turn played as a left-back. “Right, really strong“, said Löw, who highlighted the Dortmund player because of his improvement in the offensive game.

The national coach announced a few changes for Wednesday without naming any names. He first wanted to get an idea of ​​the last ailing players like Leon Goretzka and Leroy Sané.

The plane from Bucharest was supposed to land in Cologne early on Monday morning. From there it went on to the hotel in Düsseldorf. Regeneration is the order of the day there.

RKI reports the number of cases – but without Saxony data 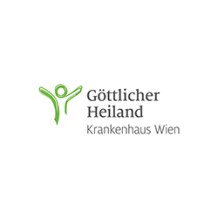 Which games do you want?