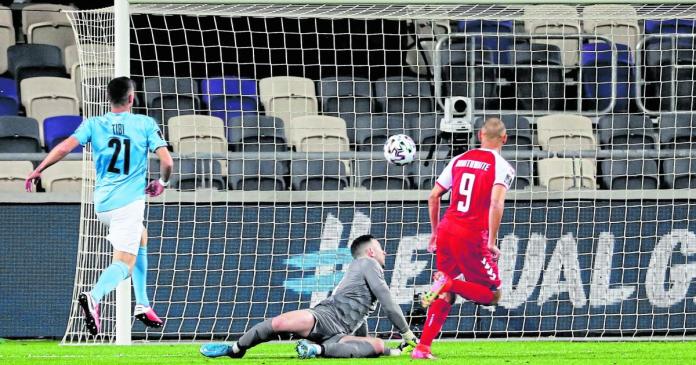 Denmark, for many the favorite in the Austria group, started confidently in the World Cup qualifying with an undisputed 2-0 victory in Israel. The team of Austrian Willi Ruttensteiner only had a good chance to score from former Salzburg striker Dabbur and a short urge phase after the break.

For the rest of the season, the Danes had events and opponents absolutely under control and took an early lead (13th). Barcelona legionnaires Braithwaite won a running duel against his somewhat surprised opponent and finished with an elegant chop over the goalkeeper to make it 1-0. Denmark skilfully let the ball run with playful certainty, but did not let Israel get into the game for a long time despite the support of 5,000 vaccinated fans.

Ruttensteiner’s team had their best phase after the move, but could not capitalize on it. On the contrary, the weakness in the defense ultimately became Israel’s undoing. An awkward defensive maneuver used Wind to make it 2-0 (67th). Israel’s resistance was broken, and the guests easily played the lead to the end.

The second group game was played by the underdogs Moldova and Faroe Islands. Austria’s upcoming opponent (on Sunday in the Prater) from the far north scored a 1-1 draw in Moldova with a late goal.

FC Augsburg and VfB Stuttgart each with one change

Opposition could delay the most free

Ronaldo shoots Juve for the title with a record goal