The Germans clearly prevailed against Iceland at the start. Image: keystone

The 1-0 through Domenico Berardi. Video: streamja

The 2-0 before the break with a shot by Ciro Immobile from the right side of the penalty area did not seem untenable and came about after a quick switch game.

With away wins in Bulgaria (Sunday) and Lithuania (Wednesday), the Italians, who have been unbeaten since September 2018, will be able to reinforce their favorite position in the Swiss group in the next few days. The first duel against Switzerland is on September 5th, the second on November 12th.

Right at the start of the World Cup qualifying, the Spaniards can’t get past a draw against Greece. Morata gives the hosts the lead in the first half, but the Greeks can convert a penalty to 1-1 in the 57th minute. It stays that way until the end, as the Spaniards have no brilliant ideas against defensive Greeks despite 77% possession.

In Solna, Zlatan Ibrahimovic celebrated a successful return to the Swedish national team five years after his resignation. The 39-year-old striker delivered the template for Viktor Claesson’s winner in the 35th minute of the 1-0 win against Georgia.

The 1-0 by Martin Braithwaite. Video: streamja

The 2-0 through Jonas Wind. Video: streamja

Grant Hanley heads the ball into the net to make it 1-1. The free kick came from Stephen O’Donnell. Video: streamja

The English can celebrate a mandatory win in their first game. After just half an hour, the home side are 3-0 up. Double goalscorer Calvert-Lewin and Joker Ollie Watkins increase to 5-0 in the second half.

James Ward-Prowse made it 1-0 Video: streamja

Dominic Calvert-Lewin heads the 2-0 after the cross from Reece James. Video: streamja

Dominic Calvert-Lewin with his second goal to make it 4-0. Video: streamable

While England made an easy start in qualifying for the 2022 World Cup in Qatar with a 5-0 win against San Marino, England’s first challenger Poland in Hungary struggled to a 3: 3 after two defeats. Robert Lewandowski secured the Poles at least one point in the first game under Basel’s ex-coach Paulo Sousa with the equalization in the 83rd minute.

Roland Sallai made it 1-0 for Hungary. Video: streamable

The 2-0 for the hosts through Adam Szalai. Video: streamja

Kamil Jozwiak, who has also just been substituted, equalizes to make it 2-2. Video: streamable

Willi Orbán from Leipzig puts Hungary back in the lead. Video: streamable

Before the game, the Germans set an example against the World Cup in Qatar. Image: keystone

Joachim Löw’s farewell tour after the announced resignation in the summer began with a 3-0 win against Iceland. When Italy beat Northern Ireland 1-0, Germany was already leading by two lengths in the first game after the 0: 6 against Spain at the end of the unsuccessful year 2020.

Leon Goretzka after a combination with Bayern teammates Joshua Kimmich and Serge Gnabry and Kai Havertz after preliminary work by Kimmich and Leroy Sané met in Duisburg in the first seven minutes. After the break, Ilkay Gündogan increased from a distance.

Ilkay Gündogan made it 3-0. Video: streamable

The 1-0 through Florin Tanase. Video: streamja

Valentin Mihaila made it 2-0. Video: streamja

The football record goal scorers of the top nations

A matter for the boss: No football fans in the office, please!

Historic evening for the defender: Mirco Müller scores a hat trick in Sweden

The Swiss ice hockey player Mirco Müller had a memorable evening. In Leksand’s 3-1 victory at Rögle, the defender from Winterthur scored his first hat-trick in the Swedish hockey league (SHL) and in his professional career from 0: 1 to 3: 1 within 16 minutes. With this, Müller scored the same number of goals in one evening in Sweden as he did in New Jersey in three years.

The longtime NHL player in North America this season had no …

Federal President Steinmeier: “Our enemy is the damned virus”

The quick check for the “crime scene”: It’s all a matter...

“Corona fatigue of the population” – the majority of the cantons...

Too little staff at the test stations 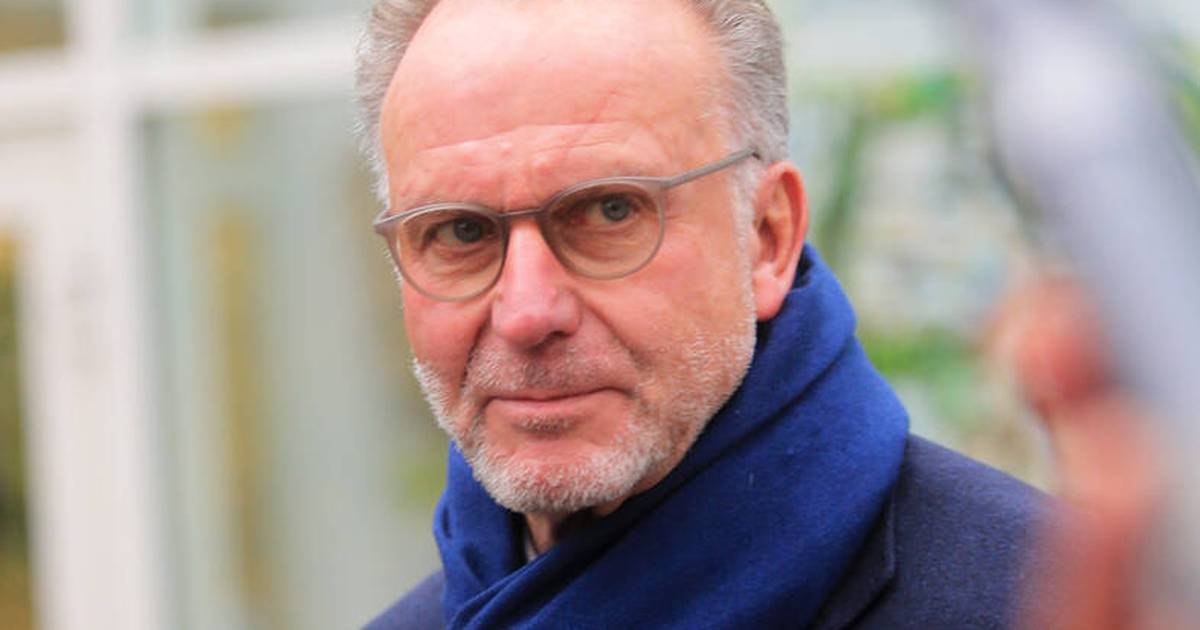 Karl-Heinz Rummenigge with clear text on Haaland, Dybala and Alaba