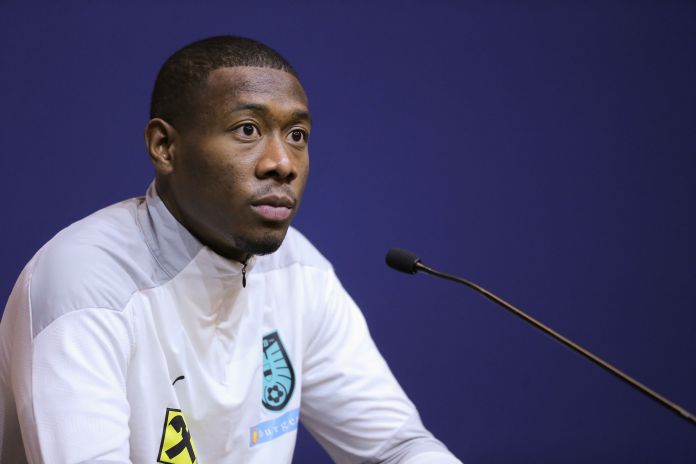 David Alaba has won practically everything there is to be won in club football. At the national team level, however, participation in the World Cup is still on the to-do list for Bayern professionals. “It’s no big secret that for me personally it is a very high priority to be at the World Cup”, said the Viennese on Wednesday in Hampden Park in Glasgow, where qualification for Qatar 2022 begins for the ÖFB team against Scotland on Thursday.

Alaba believes in the chance of the first World Cup starting place for the domestic national team since 1998. “We have the potential to achieve this goal and we will throw everything into the balance for that”, promised the 28-year-old and added: “We’re here to win.”

However, Alaba is prepared for tough resistance. “The Scots act well as a team and have very good individual players who play at a very high level in the Premier League”, emphasized the 76-time ÖFB-International (14 goals).

The left-footed left open whether Alaba will also be seen in England’s top league in the coming season or – as recently claimed by Spanish media – will sign for Real Madrid. “Of course you get a thing or two, but I’m not the kind of person who gets up every morning and reads the newspaper”said Alaba when asked about various rumors. “What lies in the future remains to be seen. “

Alaba’s position against Scotland is also unclear – neither the German legionnaire nor team boss Franco Foda looked into the cards on this issue. The coach only revealed that Alaba will wear the captain’s bow in the absence of Julian Baumgartlinger, Marko Arnautovic and Martin Hinteregger.

In addition, Foda brought good news from Stefan Posch, who will join the ÖFB selection on Friday in Vienna after surviving the corona infection. Hinteregger, who suffers from thigh problems, is also likely to be absent for the home games against the Faroe Islands and Denmark. “It doesn’t look so good for him, but hope dies last”said Foda.

Christian Ulmen’s serial death could bring an end to the Weimar...

Dominic Thiem – Grigor Dimitrov: Round of 16 of the Australian...

Corona: For the first time, no death reported from Salzburg