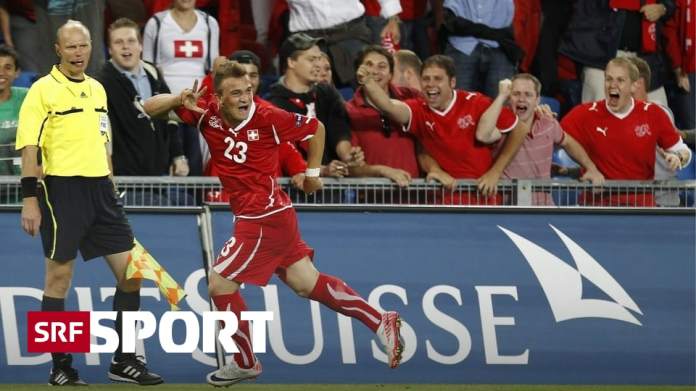 Against the first two Swiss opponents in the World Cup qualification, the Liverpool player shone with 6 goals in 4 games.


Swiss football fans have bad memories of qualifying for the Euro 2012 in Poland and Ukraine. In Group G, the national team missed the leap to the finals with third place.

For the first time since 2002 and for the last time so far, the SFV selection was not represented at a major tournament. One point was missing from second-placed Montenegro and participation in the playoff.

Shaqiri’s evening that he will never forget

Nevertheless, there was a highlight in said qualification campaign. In the 6th group game on September 6, 2011, the Swiss beat Bulgaria 3-1 in their home game in Basel. Man of the game: Xherdan Shaqiri. The then 19-year-old FCB player single-handedly shot his team to victory with a three-pack.

Shaqiri, who scored his first Nati goal in September 2010 in the European Championship qualifying against England, impressively demonstrated his class against the Bulgarians for the first time. He was correspondingly happy after his gala appearance: “I will never forget this match in my life.”

Shaqiri currently has 22 goals for the senior national team. He scored 3 of these goals in the successful qualification for the Euro 2016 against Lithuania. In the 4-0 win in the first leg in St. Gallen, the offensive player shone with a double: he scored the 3-0 with his head, and shortly before the end he got the final score with a heel.

His goal in the second leg in Vilnius was even more important. In the 84th minute he secured Switzerland’s 2-1 mandatory win on a pass from Breel Embolo. As group runner-up, the national team qualified directly for the European Championships in France.

You can see the start of the Swiss national team in the World Cup qualification live on SRF Zwei and in the SRF Sport App:

On Thursday and Sunday, the team of coach Vladimir Petkovic will again meet Bulgaria and Lithuania in the World Cup qualification. Shaqiri knows how to be successful against these teams. More goals from the Liverpool player would be very welcome for a successful start to the campaign.

RNA Vaccines: How They Work, These Are the Risks

Groundbreaking cooperation between India and Germany

Ponomarew: Regionalliga threatens: Patron leaves and Uerdingen is about to go...