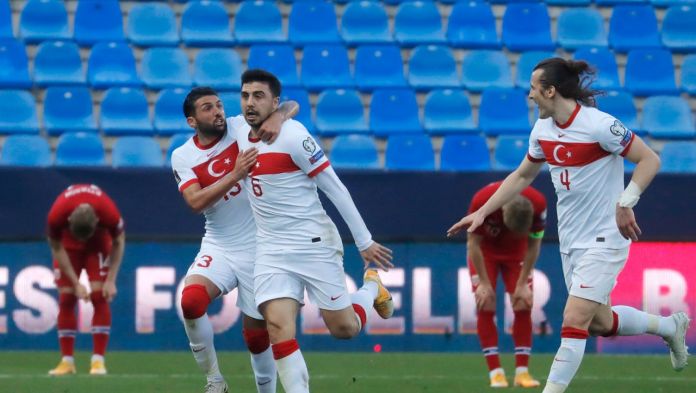 The Turkish national soccer team got off to an excellent start in qualifying for the 2022 World Cup. After beating the Netherlands 4-2, the team has now also won against Norway. Ozan Tufan (4th minute / 59th) and the former Freiburg Caglar Söyüncü (28th) met in the 3-0 (2-0) victory on neutral ground in Malaga, Spain. Norway’s Kristian Thorstvedt saw the red card (80th).
Turkey leads Group G with six points after beating two of the toughest opponents. They are followed by Montenegro, who have also won two games, ahead of the Netherlands (3 points) and Norway (3).
The Turks started the game better. After a cross from the left, midfielder Tufan scored an early lead (4th). After that, Norway came into play better with more possession. Alexander Sørloth had a great chance to equalize, but hit the post from 16 meters (26th). But the Turks showed great efficiency when the second big chance landed in the gate. After a corner kick, Söyüncü headed the 2-0 (28th). Norway tried hard, but lacked the punch that the team is expecting from BVB professional Erling Haaland in particular. The striker was hardly noticeable in the first half.
At the beginning of the second half, Norway tried to get possession of the ball, but rarely came into the Turkish penalty area. Tufan made the preliminary decision after just under an hour: With a remarkable flick from about 20 meters, he scored the 3-0 (59th). Shortly thereafter, Haaland was in focus for the first time, but his supposed goal did not count due to an offside position (63rd).

In the closing stages, Norway was outnumbered. Substitute Thorstvedt saw the red card (80th) because of a tack with an open sole against Umut Meras. Shortly thereafter, Haaland was replaced (84th), the Dortmund player has not yet scored a goal in the World Cup qualification.

The Netherlands prevented a complete false start. After the 2: 4 defeat in the opening match against Turkey, the Dutch won 2: 0 (1: 0) against Latvia. Steven Berghuis (32nd) and Luuk de Jong (69th) scored the goals.

5000 spectators were admitted to the game against Latvia despite the corona lockdown in the country. The game was part of a test series of events with an audience under strict corona rules. For example, all visitors had to present a negative test.

The encounter on the field was also a special one: the game was led by referee Stephanie Frappart from France, who was the first woman in the world to whistle a game in the men’s World Cup qualification. On Sunday, Katerina Monsul (Ukraine) will also lead the game between Austria and the Faroe Islands.

“In a way, it really saved me”

Movement restrictions in part of the country: Tougher lockdown for Germany...

WeatherWatch – Snow down to the plains – Meteo

25 intensive care patients are the highest in Burgenland

History – Berlin – History Prize for initiatives on the Jewish...

Rare sight: Jupiter and Saturn in the evening sky | ... 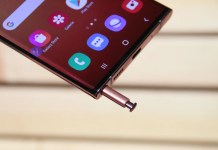 Samsung: Probably not a Galaxy Note 21, but maybe again next...