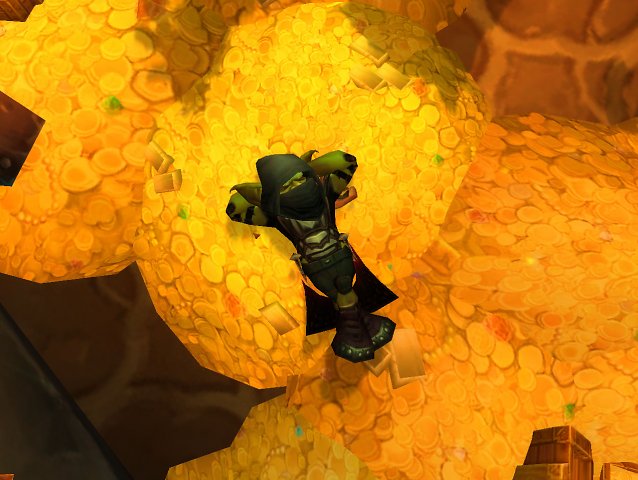 March 27, 2021 at 5:00 p.m.
of Susanne Braun –
WoW players from Argentina, Brazil, Canada and Russia report that the prices for WoW subscriptions have become more expensive with the abolition of game time purchases for certain periods of time. Some fans suspect that this should stop botting in WoW Classic but also on live servers. The subscription price for WoW in Argentina is said to have contributed a large part to the bot problem.

Blizzard officials announced on March 25 and 26, 2021 that they were eliminating some of the WoW game time periods that can be purchased directly from Blizzard – 30, 90 and 120 day game times have now been removed. According to Community Manager Bornakk, that would have happened after a general comparison of currency and payment methods had been carried out. While the prices for a normal WoW subscription remained unaffected in Germany, players from various countries around the world report that their WoW subscriptions have become more expensive – Redditor Shiigu (via IcyVeins) reports a price increase of up to 500 percent.
Recommended editorial contentHere you will find external content from [PLATTFORM]. To protect your personal data, external integrations are only displayed if you confirm this by clicking on “Load all external content”:I consent to external content being displayed to me. This means that personal data is transmitted to third-party platforms. Read more about our privacy policy.

The fans speculate that there is a very simple reason behind the price increases in certain regions: to dig up botters in WoW Classic and WoW: Shadowlands. By using VPN and other sinister methods, it was possible for bot farmers to take out a WoW subscription for a fraction of the price as elsewhere, speculates Redditor Stephanie-rara.

The problem, of course, is that the subscription price of World of Warcraft (buy now 14,99 €) due to the economic situation in certain countries is low to allow fans to play at all. Just think about the conditions in Argentina – there it would be impossible for many players to pay the price that we put on the digital counter in this country.

The prices for a WoW subscription have also risen in Canada, Russia (via WoWHead) and Brazil; in Brazil by 25 to 30 percent, while certain character services have become cheaper (via WoWHead).

The question is: Will these adjustments be made to deal primarily with the botting problem on the Blizzard side, especially in Classic, but also on the live servers and future Burning Crusade Classic servers? And if so: How many Ottonormal WoW players will fall by the wayside because they now have to think several times whether they can afford the subscription?

When Susanne is not reporting on online and role-playing games – which she has been doing at Computec Media since 2009 – she listens to music, writes stories, watches series and films. And plays!

Image gallery for “WoW: Higher subscription prices in some countries – as a measure against bots?”

The RNA vaccine will help with other serious illnesses.

Tokyo 2020: Bach on Olympics without foreign spectators – “A necessary...