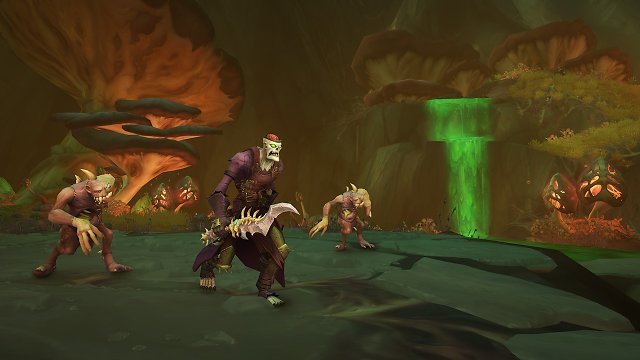 
Update, 06.03.2021: After negative feedback from the community, the WoW developers have made another change to the system of mythical keystones. If you master a level 15 keystone in one week with patch 9.0.5, you will get a keystone of the same level for the following week. But if you don’t manage to get another level 15 keystone, you will receive a level 14 stone the following week.

Here you can read the original bluepost again in detail:

One of our goals in 9.0.5 has been to address a situation we introduced in Shadowlands with Mythic Keystones never de-leveling. We received a great deal of feedback on our planned adjustment, which is currently outlined in the 9.0.5 patch notes. With this proposed change, we would reintroduce an awkward dynamic where it wouldn’t be possible to sustain running a single Mythic Keystone dungeon per week, even if you always cleared the dungeon in time, because decay would necessitate re-leveling your keys every other week.
When we created the original logic for Mythic Keystones in 2016, we wanted to make sure that players were getting Keystones that appropriately suited their proficiency in Mythic Keystone dungeons, and we wanted to reinforce the importance of clean and well-executed dungeon runs. Having Keystones decay from one week to the next accomplished both of those goals. However, in Shadowlands, we introduced the Great Vault and more Season-driven tracking of performance in Mythic Keystone dungeons, and we unintentionally disabled the logic for de-leveling Keystones, but the reasons for the original design still apply.
We feel that the game should compensate players who consistently succeed at a certain difficulty by giving them keys that start at that level the following week, so we’re working on an update to 9.0.5 that should alleviate that concern while still satisfying the goals of the original system:

Original message: With Patch 9.0.5 of WoW Shadowlands, the developers make a change to Mythical Keystones and return to the Keystone mechanics from Battle for Azeroth. So far it has been the case in Shadowlands that players from the Great Treasury always receive a keystone that is one level below their highest keystone from Shadowlands Season 1. If you have mastered a +15 dungeon in that time, you will always get a +14 key from the treasury or from the first mythical dungeon if you have not played the ID before.

With the update, your weekly keystone from the Great Treasury – or from the first mythical dungeon if you haven’t played a key before – will be lowered one level and further downgraded every week if you fail to play a higher key. For example, if you have previously completed a +14 key as your highest keystone in the ID, you will receive a +13 keystone from the treasury. The same goes for completing a Mythic Plus dungeon for the first time if you haven’t earned a Keystone the week before. If you fail to play a +14 key in this ID, you will receive a +12 key the following week, etc.

Novak Djokovic calls for a rethink: No more tour with Quarantne

Seven-day incidence fell back below 70

The big question about herd immunity continues: How many must be...