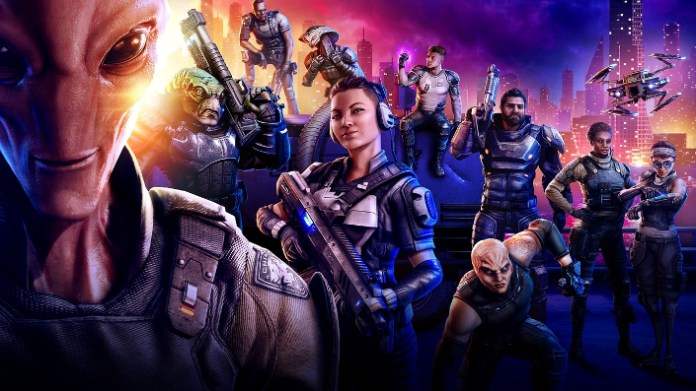 Last year publisher 2K Games and developer studio Fireaxis released the sci-fi strategy game “XCOM: Chimera Squad” for the PC. Shortly after the announcement, the creators of a console version of the title clearly rejected it, but fans of the series now seem to have at least faint hopes for a release of the game for PlayStation 4, Xbox One and Nintendo Switch.

As reported by Final Weapon (via PSU) among others, this is evident from a current entry on the Pan European Game Information website (PEGI). In addition to the familiar PC version of the game, the website of the first Europe-wide age rating system for video games now also lists a 16 rating for PS4, Xbox One and Switch versions of the strategy game. Maybe fans of the series can count on a timely announcement and even an early release of the console versions.

“XCOM: Chimera Squad” is a standalone expansion of the youngest main part of the series, “XCOM 2”, the story of which begins five years after that of the main game. At this time people, hybrids and aliens are working to build a peaceful future for all parties. However, not all inhabitants of the world are benevolent to this project, which is why new threats arise. It is then the task of the eponymous Chimera squad, an elite unit consisting of human, hybrid and alien soldiers, to counter these rising evil forces.

On the subject: XCOM 3: Job posting indicates work on the successor

“XCOM: Chimera Squad” was released on April 24, 2020 for the PC. An official announcement and a release date are still pending for the console implementations. 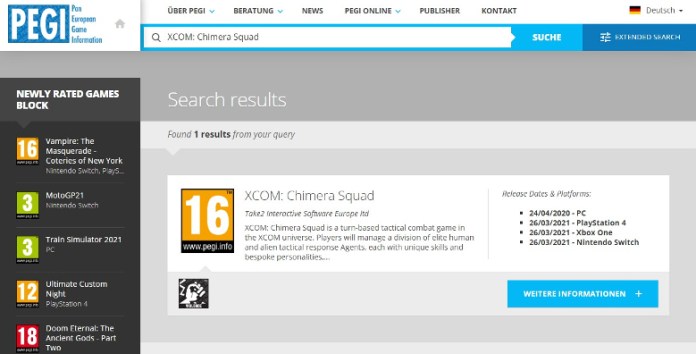 Do you want to play XCOM: Chimera Squad on PlayStation 4?

Anna Ermakova and her mom compete in a pose

Hungarian club radio is only allowed to broadcast over the Internet

Despite a lack of space in Stuttgart: Daimler leaves space empty...

Return probably only in elementary schools

Romain Grosjean after the inferno crash: “I was ready to die,...