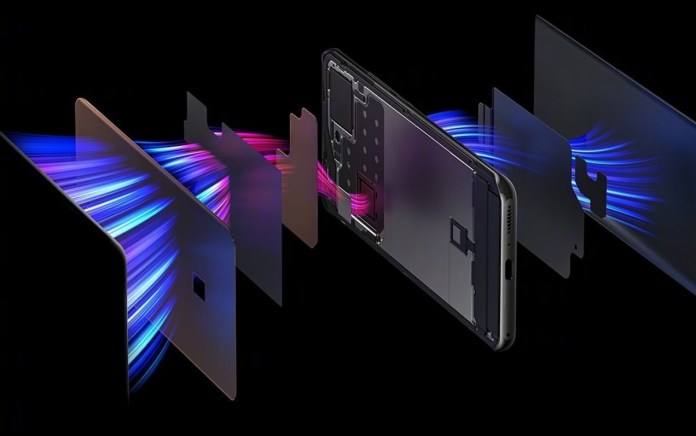 At the moment hardly a day goes by without a new Xiaomi MI 11 Ultra-Leak. After the great success of the Mi 10 Ultra last year, which unfortunately was never officially sold outside of China, expectations for a Mi 11 Ultra are high. Today Xiaomi teased the cooling system.

In a new Weibo post, the company’s co-founder gave a sneak peek into the new cooling design. Unfortunately, the Google translation of the post is a bit bumpy. The module works with a “full phase cooling technology”. The name may have something to do with the three states of matter – solid, liquid and gaseous. The thermal conductivity is said to have been increased by 100% by implementing a so-called Vacuum Chamber Soaking Plate. In comparison to what, unfortunately, it is not revealed.

The same technology was also used in the Mi 10 Ultra. Despite the fancy name, the principle is the same as with a normal vapor chamber: liquid is heated, dispersed, becomes hot gas and moves to the next chamber, where it is cooled down to liquid again and the cycle is repeated.

Now of course you think “sounds good, we would like to see it in action”. Fortunately, the official launch of the Mi 11 Ultra is only two days away.

Report: Ex-Foreign Minister Kneissl on the Board of Directors of …

In the government meeting on January 12th and 13th, the vaccination...

Eintracht Frankfurt: Erik Durm is the phoenix from the ashes |...

Breakdown in delivery of corona vaccine from AstraZeneca in MV |...

Large donation for the Berlin CDU