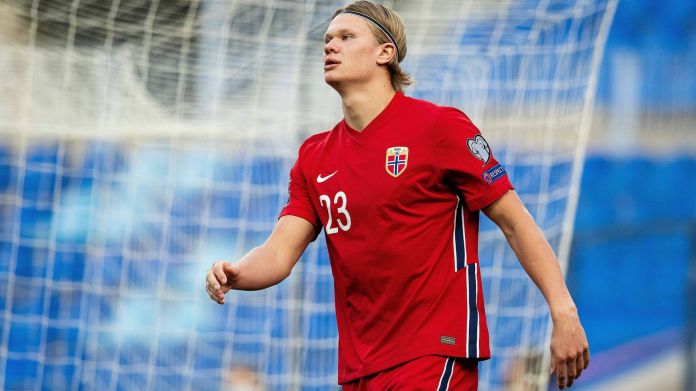 Borussia Dortmund’s top striker Erling Haaland had to put up with severe criticism from TV experts in his home country after the 3-0 defeat with Norway in the World Cup qualifying against Turkey.

There was talk of “disappointment” and “surrender”. “He does not play with the self-confidence that we know from him,” said ex-professional Bernt Hulsker at VGTV. “If he had missed such passes in Dortmund, he would have been mad at himself and slapped his face. It felt like a surrender here, ”said Hulsker.

Riise takes Haaland to her chest

Norway’s former captain, John Arne Riise, also took a hard line against Haaland. “He has received so much praise for getting emotional at Dortmund when things don’t go well. But you don’t see any of it here, ”said the TV expert.

Norway’s national coach Stale Solbakken (formerly 1. FC Köln) defended Haaland and neighbor Alexander Sörloth from RB Leipzig. “I think that Haaland and Sörloth should have been alluded to earlier in some attacks,” said Solbakken.

Captain Martin Ödegaard also introduces himself to Haaland: “It’s about us using him better. We have to play better football and create more opportunities for him. ”

Fewer Germans live in their own home