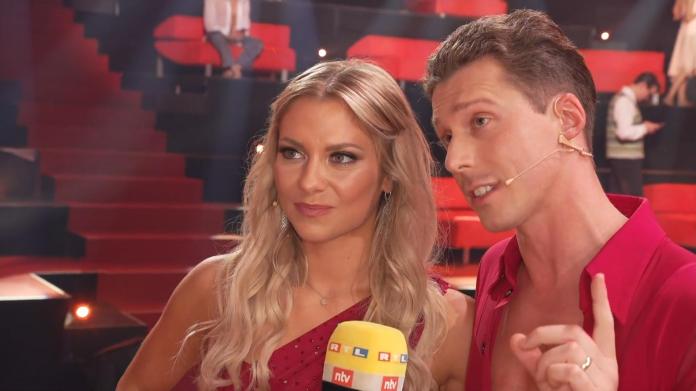 GZSZ star Valentina Pahde and her dance partner Valentin Lusin dance a rumba to the Mariah Carey hit “Endless Love” in the third “Let’s Dance” show. After their 30-point dance from the previous week, the bar is high, but even if the two show a good rumba, they cannot build on their 30-point dance. We met the two of them for an interview after the show and there Valentin reveals: “You learn from defeats!” How he now wants to push Valentina for the next dance, you can see in the video.

Valentin: “Valentina can do better!”

Valentina Pahde received full jury points for her Quickstep in Show 2. The GZSZ actress would like to build on this success in Show 3. However, this means that their composure is lost, according to the jurors. In the end, Valentina gets 22 points for her dance. Still dancing at a high level. Nevertheless, Valentina was a little bent after the show, but at the same time she looks ahead again: “The dance wasn’t perfect, but I’m still happy that we were allowed to dance such a beautiful rumba and I hope the audience enjoyed it”, so the actress. Valentin jumps to the side of his dance partner, because he knows that there is a lot more power in Valentina. “Valentina is a bit sad, it wasn’t our best run, but Valentina can definitely do better,” said Valentin. We are already very much looking forward to next week with them.

In the current “Let’s Dance” podcast, professional dancer Isabell Edvardsson took a closer look at Valentina and Valentin’s dance and found a reason why the Quickstep 30 and the Rumba only scored 22 points. After all, we are talking about very different types of dance. “I have to protect both of them. Standard and Latin are such a big difference. And that shows that you can never be sure,” said Isabell.

When will there be new episodes of the “Let’s Dance” podcast?

The most popular “Let’s Dance” videos here in the playlist

Bomb disposal in Frankfurt: residents have to leave their homes

These celebs are under the masks – the full list!

Kretschmer is facing strong headwinds for his “Easter truth”!

Corona vaccination: This is the timetable for Germany and Europe